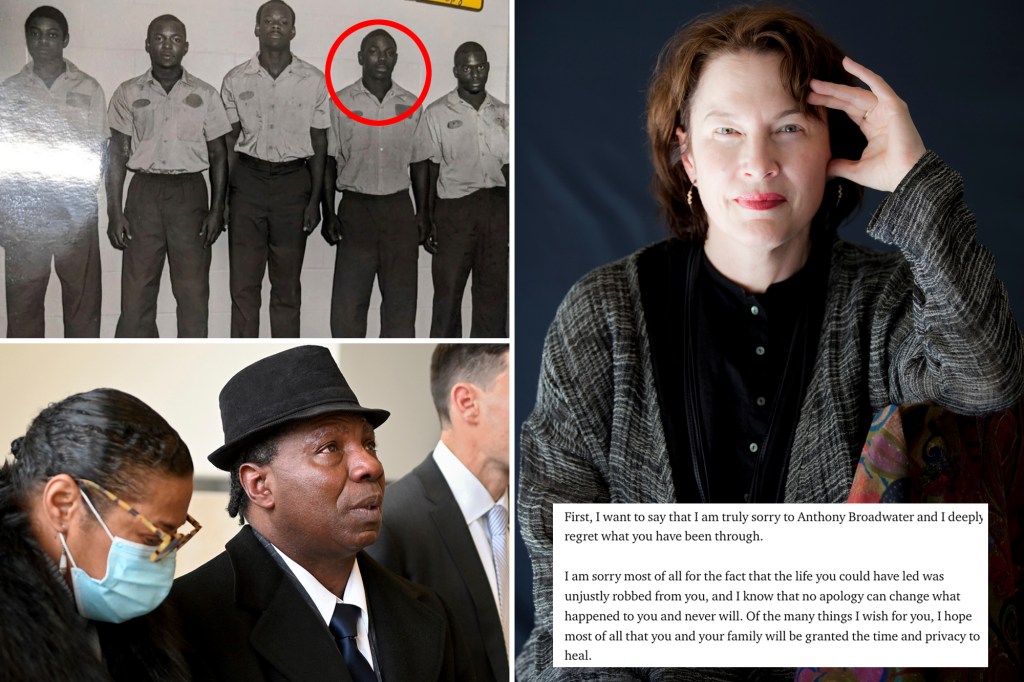 Dec 01, 2021 57 secs
“First, I want to say that I am truly sorry to Anthony Broadwater and I deeply regret what you have been through,” Sebold wrote Tuesday of the 61-year-old man exonerated in a Syracuse court on Monday last week.“I am sorry most of all for the fact that the life you could have led was unjustly robbed from you, and I know that no apology can change what happened to you and never will,” she wrote on Medium, saying she “will remain sorry for the rest of my life.”.

Broadwater has finally been vindicated, but the fact remains that 40 years ago, he became another young Black man brutalized by our flawed legal system,” she wrote.