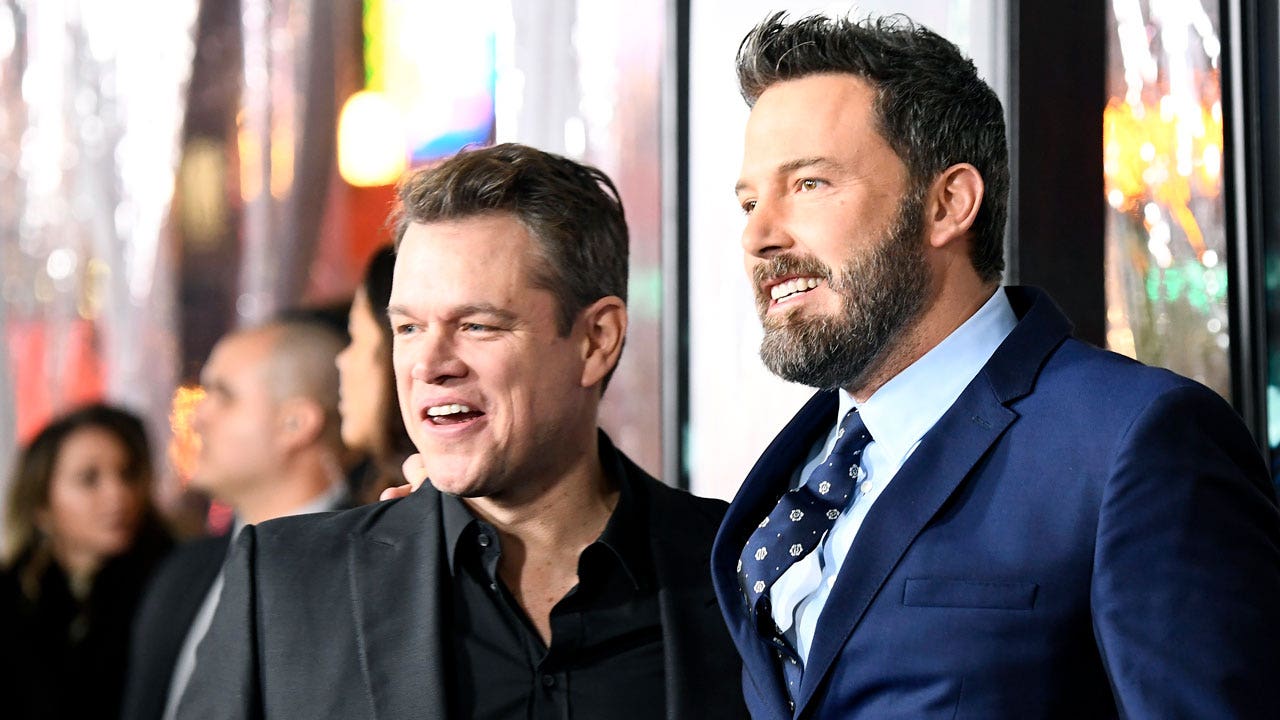 Oct 14, 2021 51 secs
Ben Affleck and Matt Damon haven’t worked together on a project since 1997’s "Good Will Hunting" – and while fans may be left scratching their heads as to why, Damon said he isn’t as surprised at the rare occurrence!MATT DAMON IS ALL IN ON JENNIFER LOPEZ AND BEN AFFLECK'S RELATIONSHIP: 'NO ONE'S PULLING HARDER THAN I AM'.

Actors Matt Damon and Ben Affleck are working together on a movie for the first time since ‘Good Will Hunting’ in 1997.

MATT DAMON SAYS BEN AFFLECK IS TEXTING HIM ABOUT BASEBALL DESPITE BEING ON VACATION WITH JENNIFER LOPEZ.MATT DAMON REVEALS THE ONE THING THAT HAS BEEN DIFFERENT ABOUT JENNIFER LOPEZ, BEN AFFLECK’S REKINDLED ROMANCE.Back in August, Damon opened up about his pal's romance with Jennifer Lopez and said he has high hopes for the former exes who managed to find their way back to each other."Oh man, no one's pulling harder than I am," Damon said on "The Carlos Watson Show," according to People magazine.