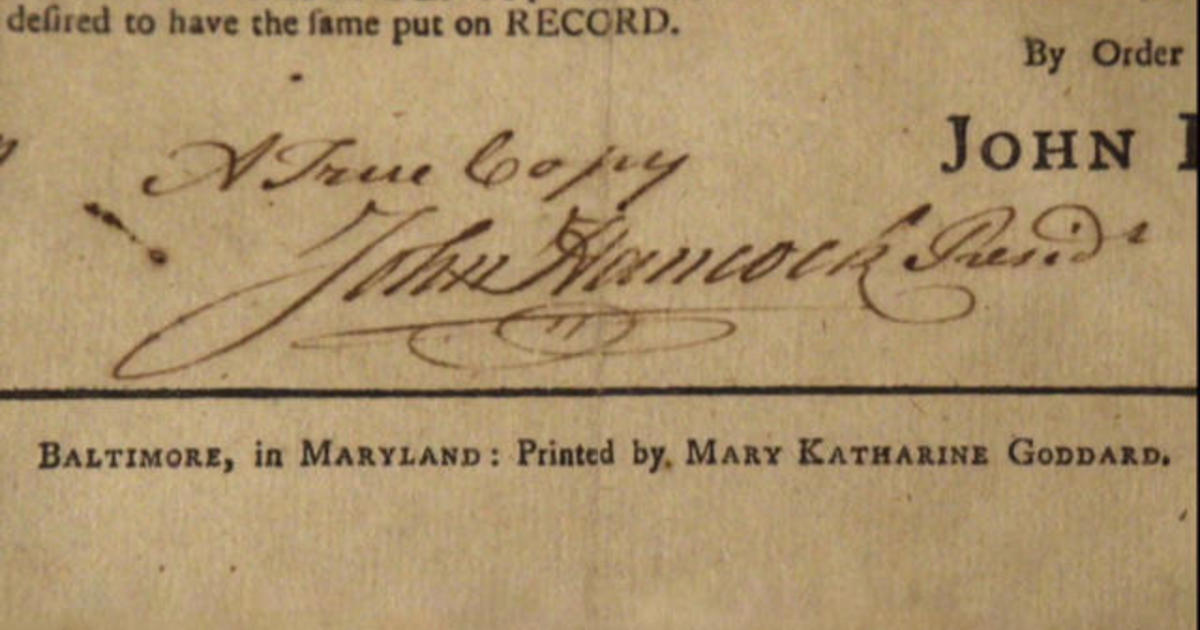 No drawings of Goddard exist today, but King used census and tax records to get a more accurate picture of her life.

According to the 1790 census, Goddard had four enslaved people and one other free person in her household at the time.

For artist and printer Mindy Belloff, Goddard served as an inspiration

"As a feminist artist, I felt that, we're still sort of grappling with this language today," she said

She said one British historian felt that it was understood to be all mankind, and she herself felt it was "time to set the record straight."

"I wondered about that quite a bit… and how it was understood, when the enslaved and women at that time wanted a voice in this new republic," Belloff said

Denise Van Buren, president general of the Daughters of the American Revolution, said she thought more women should take inspiration from Goddard to "raise [their] voices" and "to help chart the course for our nation."