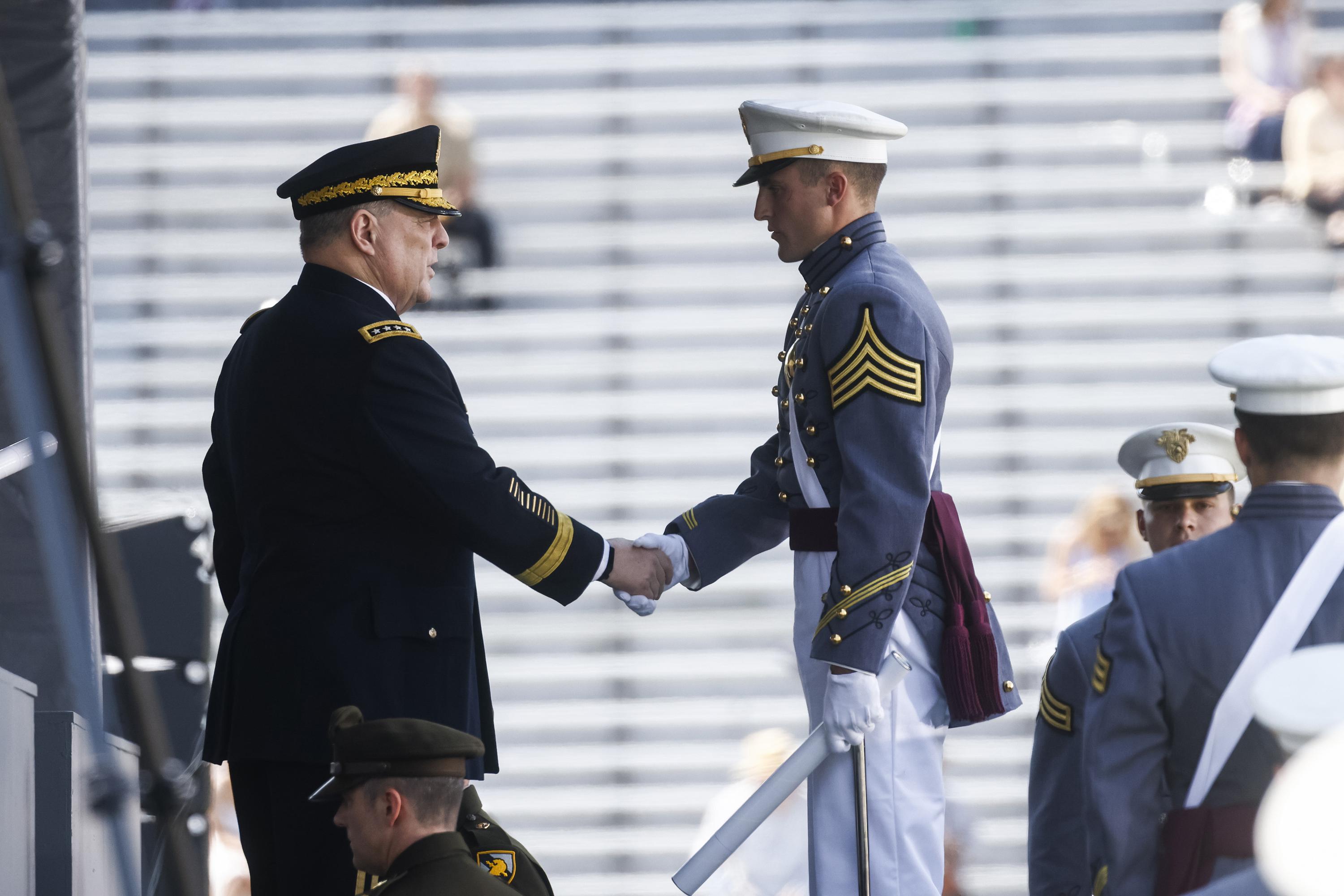 May 21, 2022 51 secs
Mark Milley, chairman of the Joint Chiefs of Staff, painted a grim picture of a world that is becoming more unstable, with great powers intent on changing the global order.Drawing a parallel with what military officials are seeing in Russia’s war on Ukraine, Milley said future warfare will be highly complex, with elusive enemies and urban warfare that requires long-range precision weapons, and new advanced technologies.

Early weeks focused on long-range precision weapons such as Stinger and Javelin missiles, but now the emphasis is on artillery, and increased shipments of howitzers.

military, Milley said, can’t cling to concepts and weapons of old, but must urgently modernize and develop the force and equipment that can deter or, if needed, win in a global conflict.