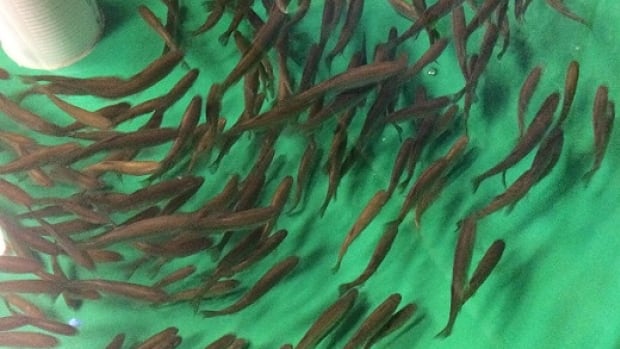 Dec 01, 2021 1 min, 38 secs
Most Canadian aquaculture operations have been exempted from a new United States rule requiring that seafood imports prove they do not harm whales, seals and other marine mammals.

that hasn't been granted an exemption will have to demonstrate it is harvested with protections equivalent to those used in American fisheries — a so-called comparability finding now required under the U.S.

has created a list of foreign fisheries with just two categories: those that are "exempt," meaning a fishery poses little to no risk; and "export," meaning there is more than a remote likelihood the fishery will kill or seriously injure marine mammals.

In Canada, 27 of 36 aquaculture fisheries have been designated exempt following submissions by the federal government and an initial screening by U.S.

The Department of Fisheries and Oceans later stopped issuing nuisance seal licences for any fishery.Since 2018, snow crab and lobster fishermen in Atlantic Canada have been adapting to measures imposed to protect critically endangered right whales from gear entanglement.Canadian sensitivity over the issue was demonstrated earlier this year when the Department of Fisheries and Oceans openly rejected U.S.

claims that fishing gear from Canada was responsible for the entanglement of a right whale found dead off South Carolina.

The Department of Fisheries and Oceans says Canada's track record on sustainable fisheries management is among the best in the world.Sarah Uhlmemann, an environmental lawyer based in Seattle with the Centre for Biological Diversity, says Canada has responded to the rule by imposing a number of measures like mandatory reporting and banning outright killing of marine mammals.

But she says Canada still has work to do.