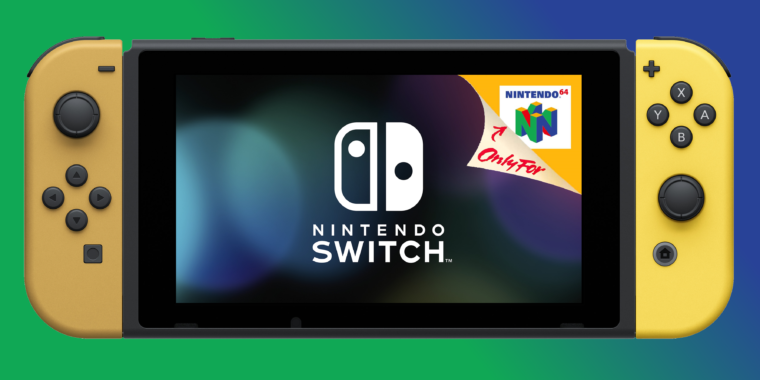 Sep 26, 2021 1 min, 42 secs
Instead of a miniaturized N64, however, the company's first dedicated 3D-rendering console is returning as part of a software suite on Nintendo Switch.

These games will require an additional fee over NSO's standard $20/year rate, though Nintendo has not yet announced a price for this tier.

The company also did confirm plans to roll out seven more N64 games at some point, particularly Rare's Banjo-Kazooie, which hasn't been seen on a Nintendo console since Microsoft bought the developer in 2002.

Delving into Nintendo's track record of current NSO games for NES and SNES, along with N64-specific offerings from Wii and Wii U's Virtual Console stores, yields some interesting results.

(Note: these numbers don't include the "SP" versions of certain games Nintendo has periodically added. These are special "cheat code" editions of titles like Zelda or Metroid that start players out with all gear unlocked, max rupees, and other perks.).

A year after NSO's NES launch, Nintendo added Super Nintendo games without raising the service's costs.All told, that puts the number of SNES games on NSO at roughly seven percent of the console's 717 North American titles released.If Nintendo plans to release a similar number of N64 games for the service over the next 2-3 years, Switch owners could be looking at getting a new bump of 4-6 new additions every 5-6 months.None of this speaks to how Nintendo may handle future launches for the Japanese side of NSO, by the way. If we're lucky, we could see untranslated N64 weirdness arrive in that region's NSO package—and get those games as region-free downloads, in the same way that Western players can access Famicom and Super Famicom libraries on Switch via some Nintendo eShop trickery.

It's probably best to prepare for a distinct lack of boat-rocking here beyond what's been made available on Virtual Console and the total number of games, first-party or otherwise, that the company might consider worthy enough to re-release.