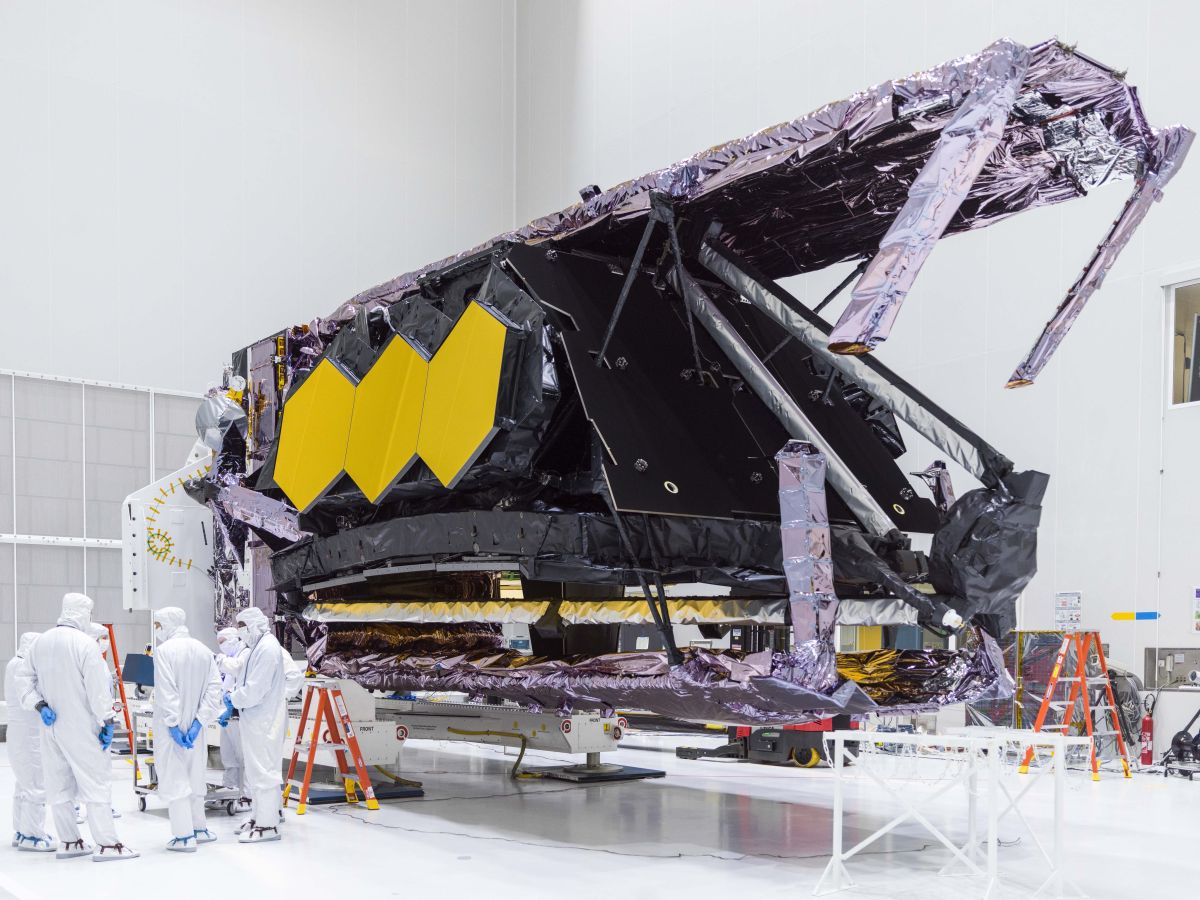 Oct 21, 2021 43 secs
These are some of the last good looks we'll get at NASA's huge James Webb Space Telescope before it leaves this world forever.

The observatory dwarfs the bunny suit-clad technicians getting Webb ready for launch, which is scheduled to take place Dec.

After launch, the telescope will motor to the Earth-sun Lagrange Point 2, a gravitationally stable spot in space about 930,000 miles (1.5 million km) from our planet.