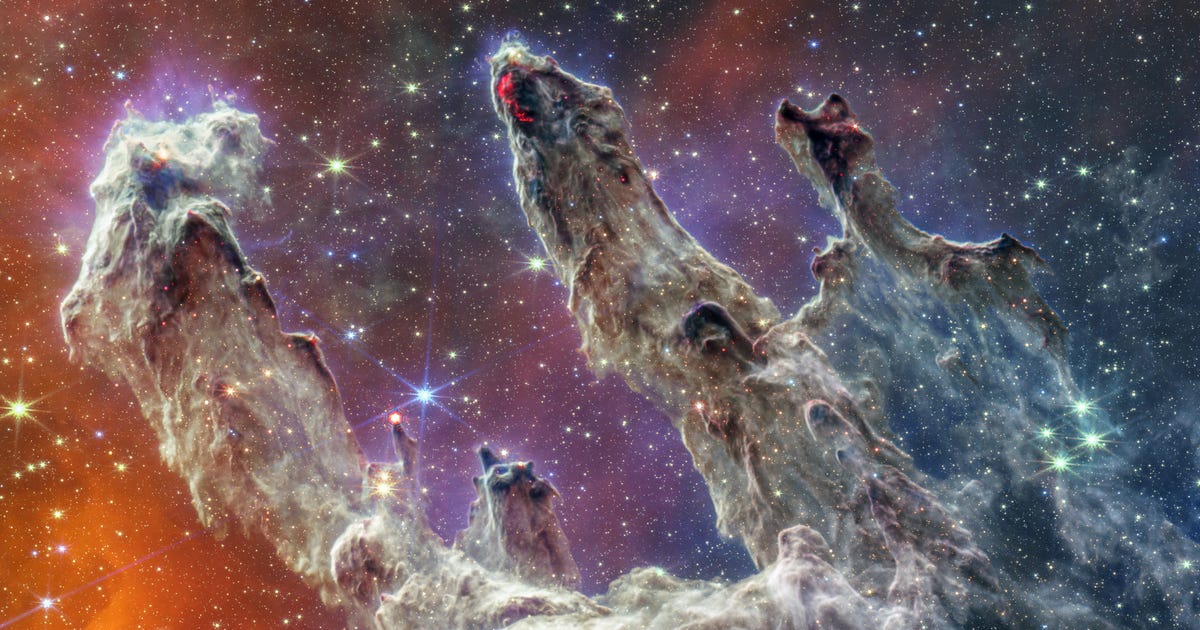 Nov 30, 2022 39 secs
Few things encapsulate the wonders of space like the epic Pillars of Creation, a set of gorgeous finger-like tendrils of gas and dust where stars are formed.

On Wednesday, NASA and the European Space Agency revealed another fresh look at the pillars from the sharp eyes of the James Webb Space Telescope.

A new composite image shows a combined view of the Pillars of Creation as seen by the James Webb Space Telescope's NIRCam and MIRI instruments in infrared.

The telescope team previously released a Pillars of Creation view from the Near-Infrared Camera (NIRCam) in October and then followed that up with an image from its Mid-Infrared Instrument (MIRI).

"This is one of the reasons why the region is overflowing with stars -- dust is a major ingredient of star formation," NASA said.