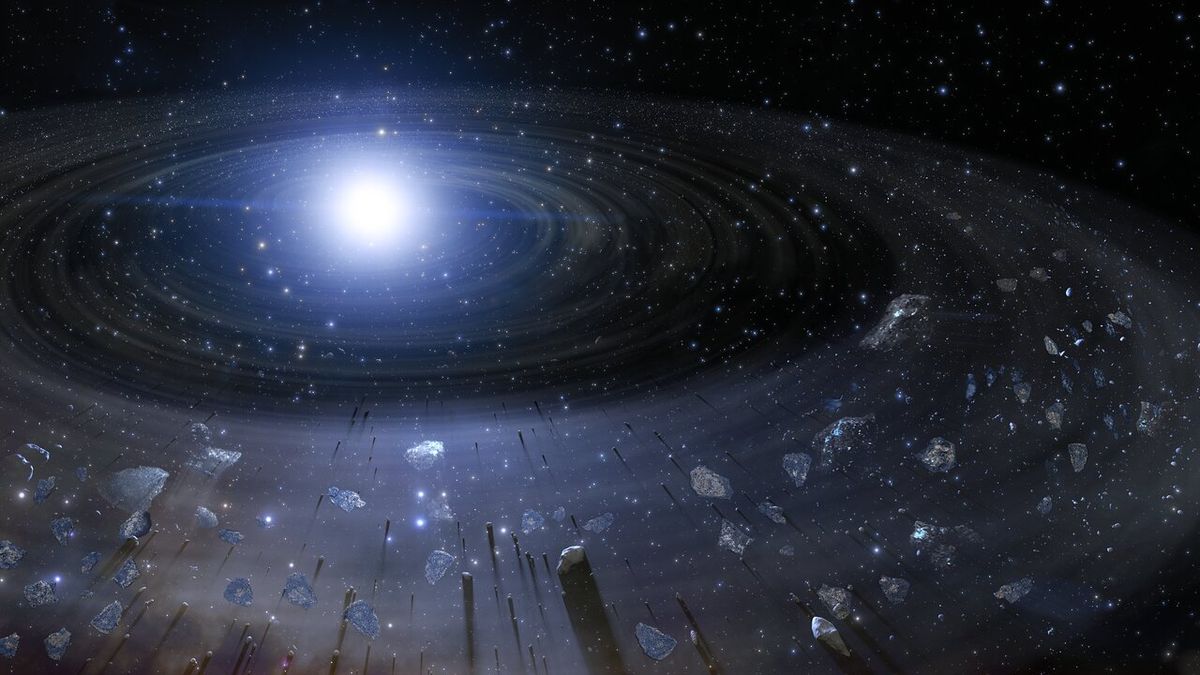 Researchers worked out the ratio of different elements in the white dwarf atmospheres by analyzing the light given off by the stars; then, they calculated the most likely makeup of the minerals that would have formed the obliterated alien worlds.

The researchers found that only one of the white dwarfs contained the remains of exoplanets with a similar geological make-up to Earth.

"While some exoplanets that once orbited white dwarfs appear similar to Earth, most have rock types that are exotic to our solar system," lead author Siyi Xu, an astronomer at the National Optical-Infrared Astronomy Research Laboratory (NOIRLab) in Arizona, said in a statement.

This is known as tidal disruption; and once the planet is ripped apart, the white dwarf pulls the planetary remains inward in a process known as accretion. .

Normally, the atmosphere of a white dwarf contains only hydrogen and helium, because any heavier elements sink into the star's super-dense core.Scientists have estimated that about 25% of all white dwarfs contain the remains of dead exoplanets or are so-called polluted white dwarfs.In the new study, the researchers focused on polluted white dwarfs that already had precise measurement data showing their ratio of magnesium, calcium, silicon and iron in their atmospheres.

But the ratio of elements in most polluted white dwarfs showed that some of these minerals would have been unlikely to form, he added.