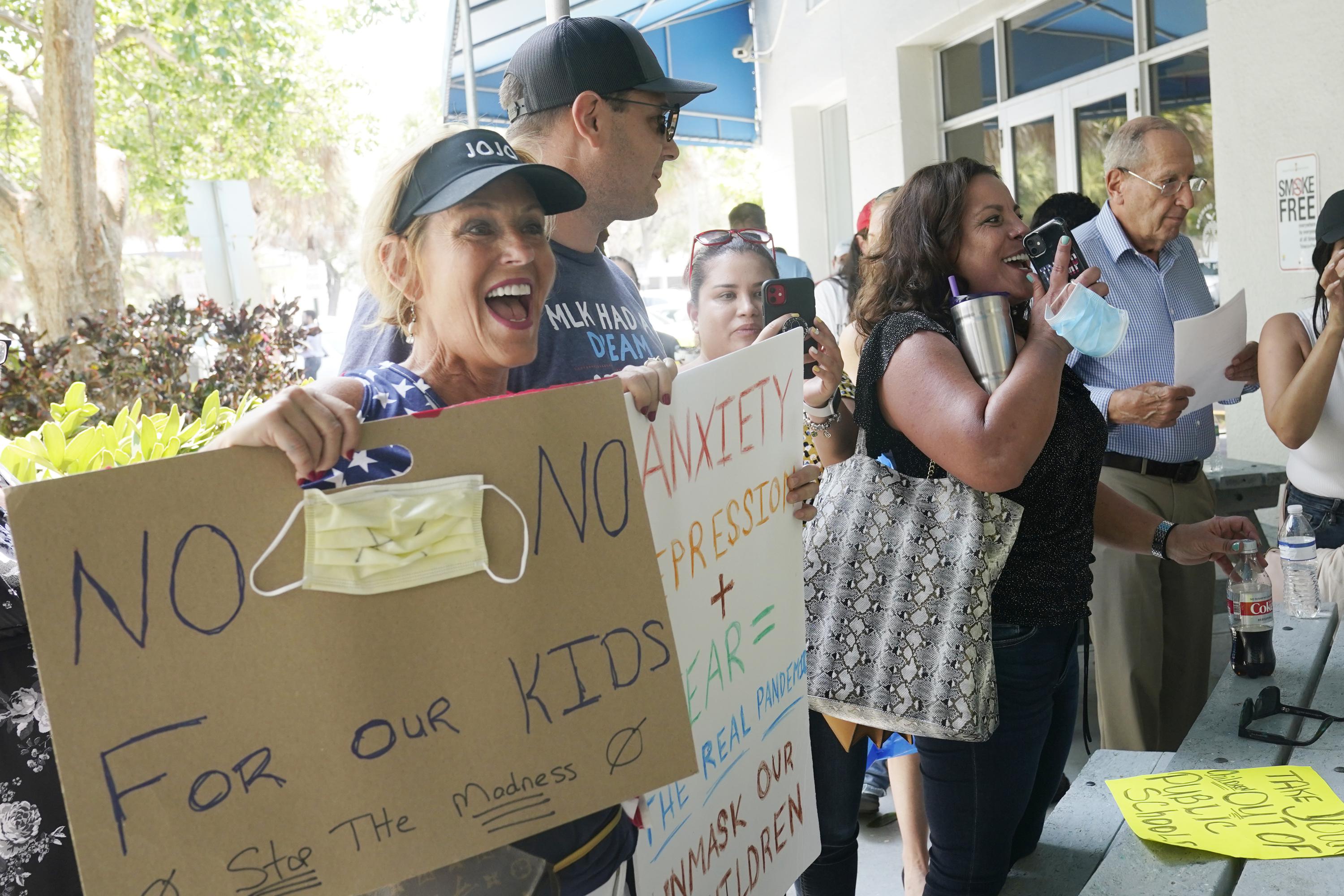 Jul 28, 2021 1 min, 40 secs
New guidance from the federal government set off a cascade of mask rules across the nation Wednesday as cities, states, schools and businesses raced to restore mandates and others pushed back against the guidelines at a time when Americans are exhausted and confused over constantly shifting pandemic measures.In suburban Atlanta, Jamie Reinhold said she would pull her kids from school if the district stuck to the CDC’s guidance, which the 52-year-old believes takes the country “backward” and damages confidence in the vaccines.And in New Orleans, Lisa Beaudean said she was not convinced mask mandates would inspire the unvaccinated — who account for most new infections — to take the virus seriously and get inoculated.

said it would reinstate mask protocols for all employees and visitors at its Missouri and Florida facilities.

Google said Wednesday that it will also eventually require everyone on staff to be vaccinated, a mandate that President Joe Biden said he’s also weighing for federal employees.

Other government leaders, meanwhile, said they will hold off reinstating mask rules for now.

Tom Wolf said he’s not considering imposing a mask mandate in schools or statewide, arguing that such orders were necessary before there was a vaccine.

Ron DeSantis signed a new law in May giving the state the power to invalidate local pandemic measures, including mask mandates and limits on business operations.