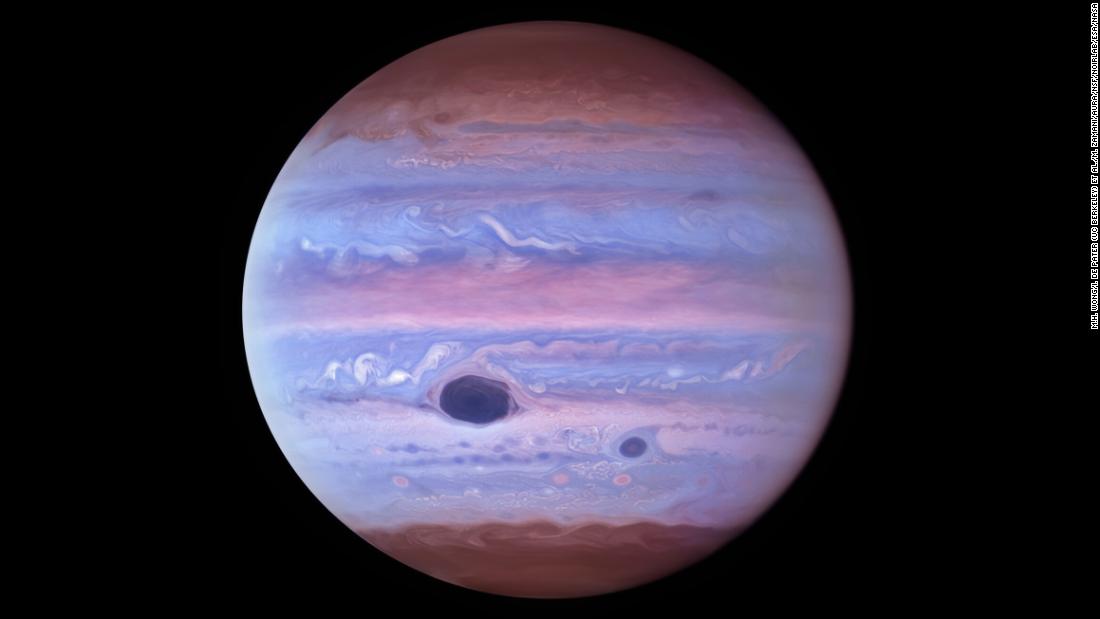 May 11, 2021 1 min, 16 secs
The Gemini North telescope in Hawaii and the Hubble Space Telescope have captured Jupiter in visible, infrared and ultraviolet light, revealing striking atmospheric features of the gas giant in detail.

"We are grateful for the privilege of observing Ka'āwela (Jupiter) from a place that is unique in both its astronomical quality and its cultural significance."

The Great Red Spot almost disappears in the infrared wavelengths, but a dark region within the storm appears larger than in the visible light image.

Combining Hubble's visible light images of the storm with Gemini's infrared observations revealed that the dark features are holes in the cloud layer.

Normally, this process is blocked by Jupiter's massive clouds.