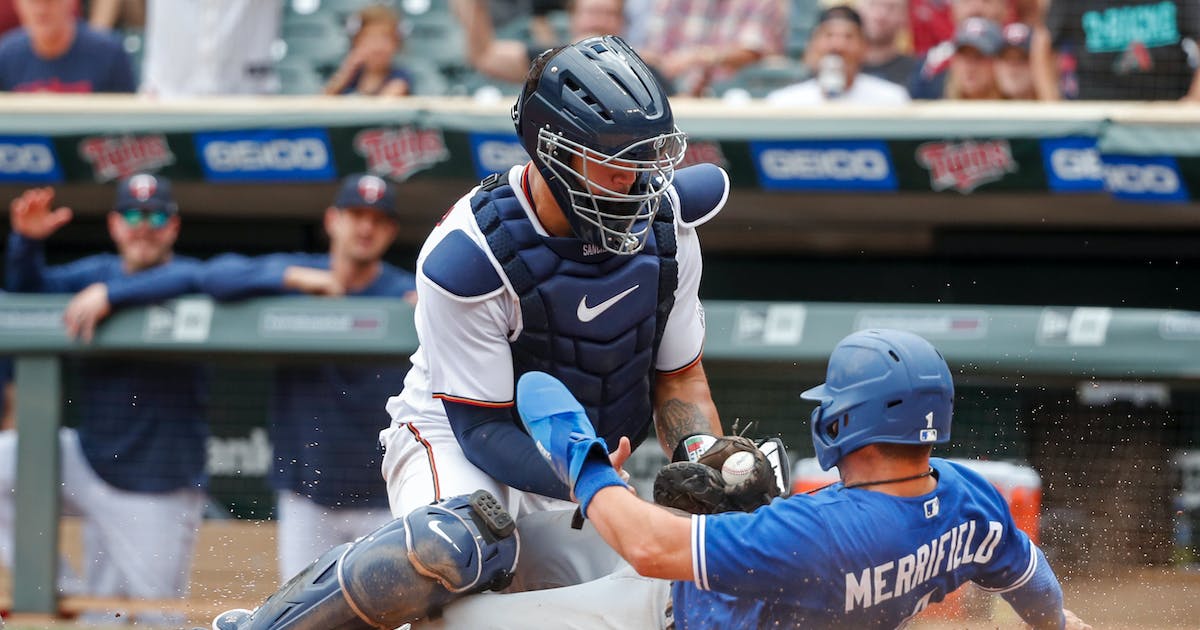 Aug 08, 2022 1 min, 28 secs
Rocco Baldelli threw his cap, kicked dirt on home plate and screamed at a pair of umpires.The normally unflappable Twins manager unloaded his anger at home plate umpire Marty Foster and crew chief Alan Porter after Foster's judgment — that Gary Sanchez had tagged Whit Merrifield out at home plate, ending the 10th inning and keeping the game tied — was overruled in New York by replay umpire Jordan Baker.His verdict: That Sanchez had violated the rule against blocking home plate, that he had not given Merrifield the required sliding path.

Merrifield was ruled safe — scoring the eventual winning run in the Blue Jays' 3-2 victory — Baldelli was ejected, and the Twins grudgingly, bitterly settled for a split of the rowdy four-game series.

They trailed 2-0 from the third inning on, rallied with a run in the eighth and another in the ninth to tie the score and elate their noisy crowd, then snuffed the Blue Jays' 10th-inning scoring chance — if only momentarily — with that dramatic play at the plate.

Beckham's throw got to the plate just ahead of Merrifield, who slid directly into Sanchez, and Foster called him out.

The Twins mobbed Beckham as they came off the field, and though Toronto manager John Schneider challenged the call, even some of the Blue Jays believed the call would stand?

Baker judged Sanchez moved into foul territory not because of the throw, and in doing so, denied Merrifield a path to the plate.

"I thought it was a clean play," Sanchez said.

If I lower my knee before I get the ball, or before the runner gets to home plate, then I'm blocking him plate.