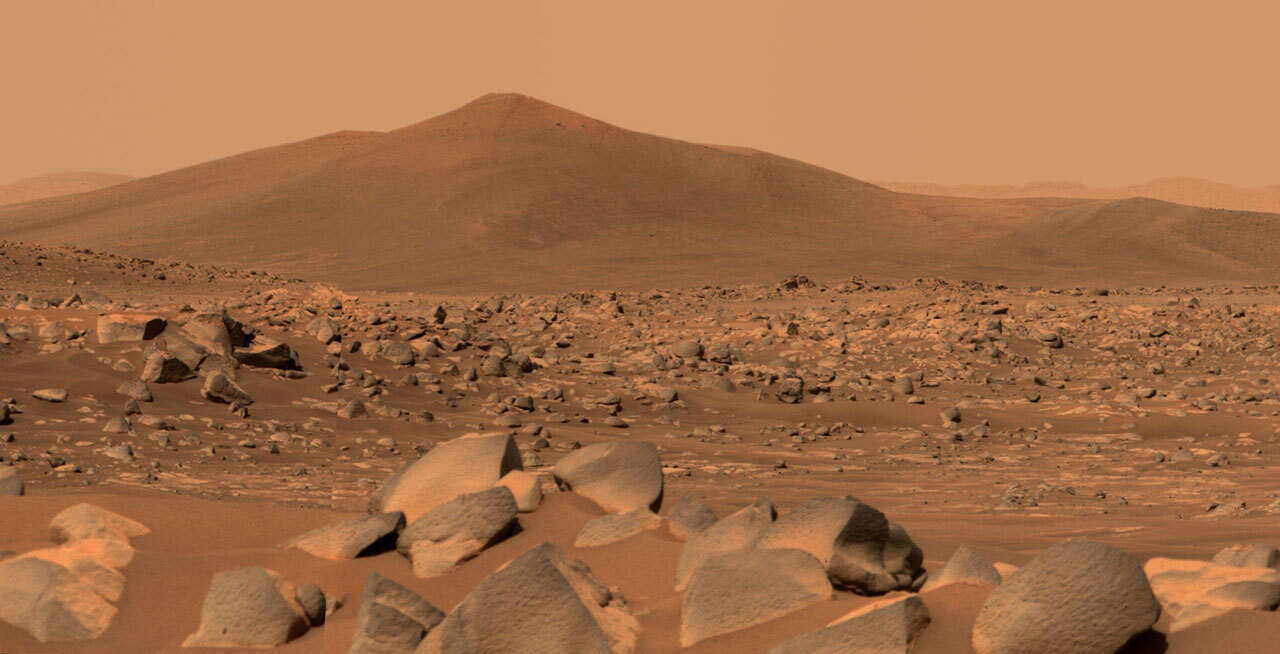 May 11, 2021 1 min, 15 secs
Mastcam-Z Views 'Santa Cruz' on Mars: NASA’s Perseverance Mars rover used its dual-camera Mastcam-Z imager to capture this image of “Santa Cruz,” a hill about 1.5 miles (2.5 kilometers) away from the rover, on April 29, 2021, the 68th Martian day, or sol, of the mission.NASA’s Perseverance rover has been busy serving as a communications base station for the Ingenuity Mars Helicopter and documenting the rotorcraft’s historic flights.

Understanding this timeline should help date rock samples – to be collected later in the mission – that might preserve a record of ancient microbes.

Some sedimentary rocks – formed in the presence of water from rock and mineral fragments like sand, silt, and clay – are better suited to preserving biosignatures, or signs of past life.

The rover will characterize the planet’s geology and past climate, pave the way for human exploration of the Red Planet, and be the first mission to collect and cache Martian rock and regolith (broken rock and dust).