Pinkerton – On This Fourth, Let's Remember: The United States Is a Great Country 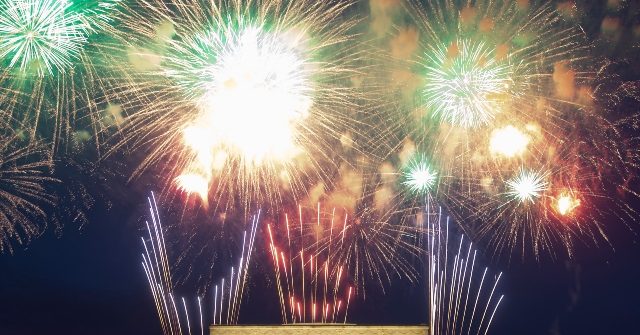 According to the RealClearPolitics rolling average of public opinion, the percentage of Americans who think the nation is going in the right direction is in the low 20s, while the percentage thinking we’re on the wrong track is in the high 60s.

For instance, July 4, 1942, came in the early days of World War Two—and that was a time for straight talk, not happy talk.

Meanwhile, in the Atlantic war against Hitler’s Germany, Nazi U-boats had sunk more than 500 American cargo ships from January to June 1942, and nearly 1200 more would be destroyed in the second half of that year.

In other words, on that particular July 4, our commander-in-chief, President Franklin D.

Yet in his radio address to the nation on July 4, 1942, Roosevelt struck a stoic note.

He began by recalling crucial historical moments: “For 166 years this Fourth Day of July has been a symbol to the people of our country of the democratic freedom which our citizens claim as their precious birthright.” And yet, he continued, 1942 was proving to be a “grim anniversary,” as the U.S.

In other words, Americans showed something that seems in short supply today: a sense of national teamwork.

Nevertheless, the cost was high: more than 400,000 Americans lost their lives during World War Two.

To be sure, it’s a conflict in which Americans have fought bravely—and some 2,372 have given it their lives—and yet few Americans understand the mission or think it’s a good idea.

Thus we might pause over a headline atop a recent column by Bloomberg News’ Noah Smith: “Coronavirus Brings American Decline Out in the Open: Without fixes for infrastructure, education, health care and government, the U.S?

goes from rich, world-straddling colossus to floundering dysfunctional developing nation in just a few decades, it will be one of the most spectacular instances of civilizational decline in world history.

In other words, in the cold light of history, there’s no reason to think that the U.S.

We should all take time this July 4th to think on this question, and yet in the meantime, we might pay heed to a 2018 survey of Americans’ civic knowledge.

According to the Woodrow Wilson National Fellowship Foundation, only 36 percent of Americans could pass a basic test on American history, including such questions as which war it was in which Dwight Eisenhower led our troops.