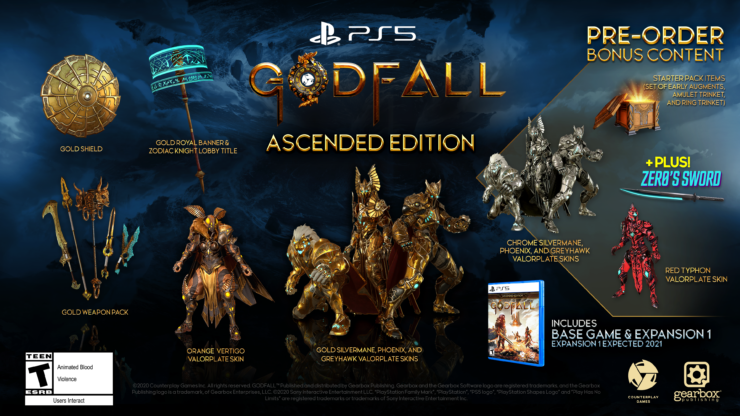 Sep 12, 2020 40 secs
Counterplay Games' upcoming looter-slasher Godfall will be launching later this year, and with pre-orders beginning to open up soon, Gearbox Publishing shared some new info on the multiple tiers available for players that want to spend a little extra money on the upcoming action RPG.

For $79.99, players can get the Deluxe Edition that features Godfall as well as the unnamed Expansion 1.

In addition to the base game, Godfall has been confirmed to have at least one paid expansion in the works, as referenced in the Deluxe Edition available for pre-order.