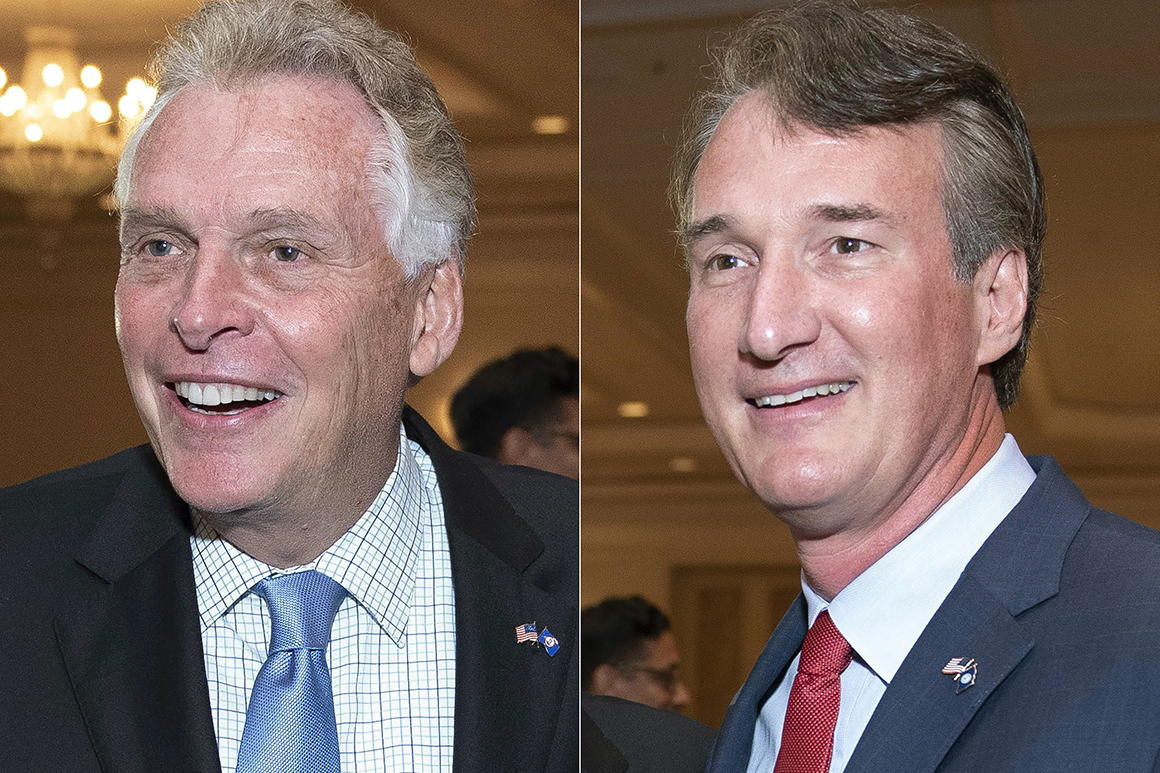 Terry McAuliffe, left, has lost ground since the last poll from the university in September, in which he held a narrow, 5-point lead over Republican Glenn Youngkin.

Terry McAuliffe and Republican Glenn Youngkin are deadlocked in the state's governor's race, according to a new poll from Monmouth University, as the Republican gains in the closing weeks of the race.

McAuliffe has lost ground since the last poll from the university in September, in which he held a narrow, 5-point lead.

Youngkin leads 48 percent to 39 percent in this month’s poll, compared to a 46 percent to 37 percent lead for McAuliffe in the September poll.

“Suburban women, especially in Northern Virginia, have been crucial to the sizable victories Democrats have enjoyed in the commonwealth since 2017,” said Patrick Murray, director of the independent Monmouth University Polling Institute, in a release accompanying the poll.

It is tighter when asked how motivated voters are to cast their ballots: 79 percent of Republicans say very motivated, while 72 percent of Democrats say the same.