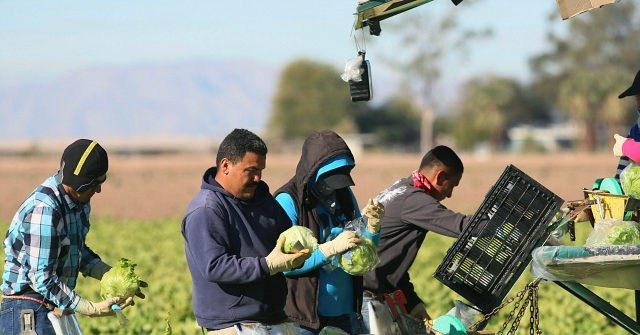 Nov 25, 2020 1 min, 4 secs
A Rasmussen poll shows that Democrats are moving towards pro-American migration policies as Joe Biden prepares to implement pro-migrant, pro-business labor policies.A May 2020 question asked respondents if they favored admitting more foreign workers for blue collar jobs, just 54 percent of Democrats agreed that it is “better for businesses to raise the pay and try harder to recruit non-working Americans even if it causes prices to rise.”.But that score jumped 10 points, to 64 percent, in the post-election November 15-19 poll of 1,250 likely voters.Similarly, in the May poll, 33 percent of Democrats said they preferred government to “bring in new foreign workers to help keep business costs and prices down.” In November, the response dropped 1o points to 23 percent, and the share of Democrats favoring cheap labor migration dropped from one-third to one-quarter.

Their support for extra foreign workers slumped from a pre-election share of 30 percent down to 24 percent after the election.