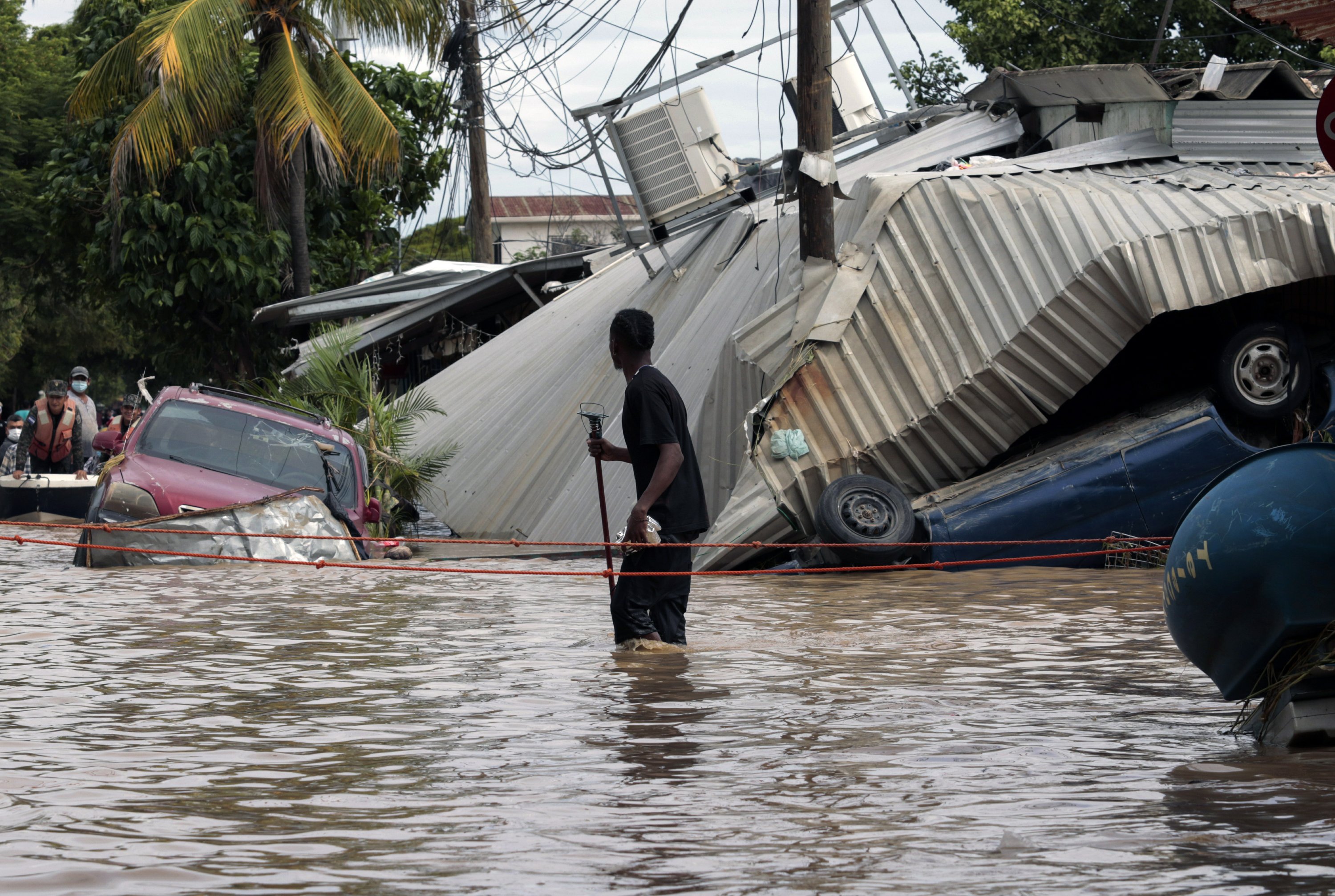 Nov 24, 2020 1 min, 32 secs
SAN PEDRO SULA, Honduras (AP) — At a shelter in this northern Honduran city, Lilian Gabriela Santos Sarmiento says back-to-back hurricanes that hit with devastating fury this month have overturned her life.Inside shelters and improvised camps across Central America, families who lost everything in the severe flooding set off by the two major hurricanes are arriving at the same conclusion.The hurricanes’ destruction comes on top of the economic paralysis caused by the COVID-19 pandemic and the persistent violence and lack of jobs that have driven families north from Guatemala, Honduras and El Salvador in great numbers during recent years.“This is going to be much bigger than what we have been seeing,” said Jenny Arguello, a sociologist in San Pedro Sula who studies migration flows.Mauro Verzeletti, director of the Casa del Migrante in Guatemala City, said the storms will increase poverty on top of the violence people already faced, forcing more to migrate.Felipe Del Cid, Americas chief of operations for the Red Cross, described a “triple emergency” in countries like Honduras and Guatemala, referring to Eta, the pandemic and the years-long drought that has made even subsistence agriculture impossible across a long swath of the region.

He said the Red Cross was preparing for internal displacement, as well as migration to other countries.

All of the families in the region have to take this into account,” said César Ríos, director of the non-governmental Salvadoran Migrant Institute.

Poverty is going to increase in our countries in Central America and families are going to have more needs.”.