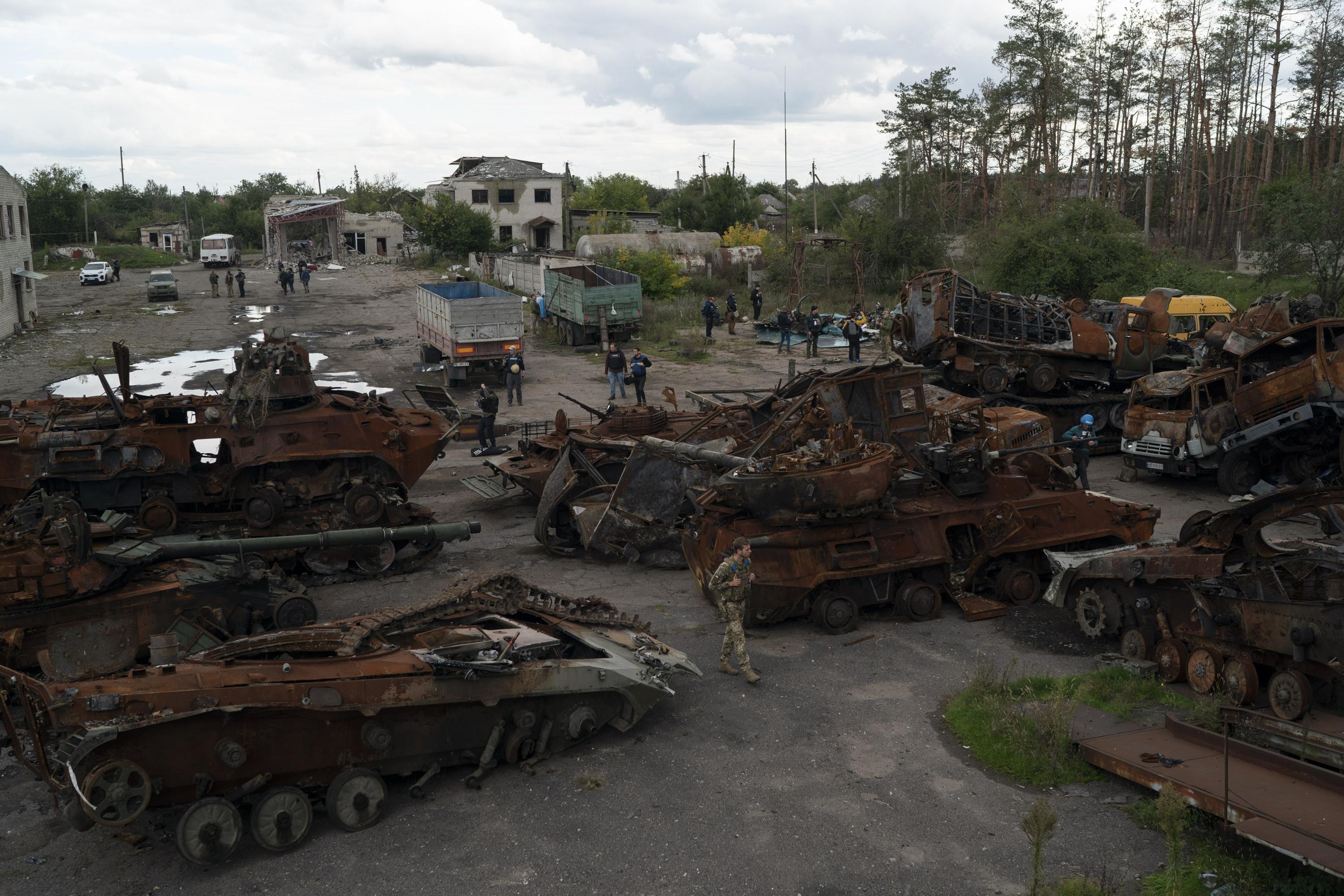 Oct 05, 2022 1 min, 19 secs
KYIV, Ukraine (AP) — Russian President Vladimir Putin signed the final papers Wednesday to annex four regions of Ukraine while his military struggled to control the new territory that was added in violation of international laws.On the battlefield, Russia and Ukraine gave conflicting assessments of a Ukrainian counter-offensive in the Russian-occupied southern Kherson region.

there are no movements” by Kyiv’s forces, Kirill Stremousov said Wednesday in comments to state-run Russian news agency RIA Novosti.

However, the Ukrainian military said the Ukrainian flag had been raised above seven Kherson region villages previously occupied by the Russians.The deputy head of the Ukrainian regional government, Yurii Sobolevskyi, said military hospitals were full of wounded Russian soldiers and that Russian military medics lacked supplies.

Once they are stabilized, Russian soldiers were getting sent to Crimea, which Russia annexed from Ukraine in 2014.

In the neighboring Mykolaiv region, the governor said Russian troops have started to withdraw from Snihurivka, a city of 12,000 that Moscow seized early in the war and annexed along with the Kherson region.

A Russian-installed official in Snihurivka, Yury Barbashov, denied that Russian troops had lost control of the city, a strategic railway hub, but said the Ukrainian forces were advancing.

He did not name the villages, but said the retreating Russian forces are mining the roads and buildings.