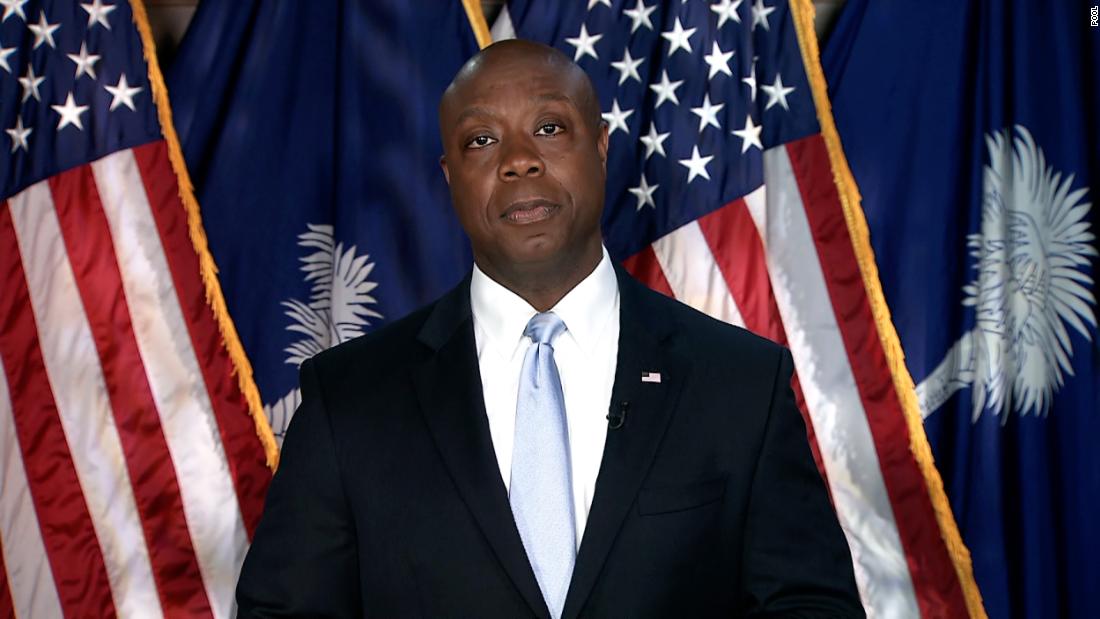 His speech was full of good words.

"But President Biden promised you a specific kind of leadership.

You just heard it again.

"But our nation is starving for more than empty platitudes.

But three months in, the actions of the President and his party are pulling us further apart.

"I won't waste your time tonight with finger-pointing or partisan bickering.

"In February, Republicans told President Biden we wanted to keep working together to win this fight.

This Administration pushed us apart.

"Another issue that should unite us is infrastructure. "Republicans support everything you think of when you think of 'infrastructure.' Roads, bridges, ports, airports, waterways, high-speed broadband — we're all in! "But again, Democrats want a partisan wish list. "We should be expanding options and opportunities for all families — not throwing money at certain issues because Democrats think they know best. "Infrastructure" spending that shrinks our economy is not common sense. "Weakening our southern border and creating a crisis is not compassionate. "The President is abandoning principles he held for decades.

"This is not common ground. "Nowhere do we need common ground more desperately than in our discussions of race. "I have experienced the pain of discrimination. "I know what it feels like to be pulled over for no reason.

He just wanted to set the right example.

"I've also experienced a different kind of intolerance. "I get called "Uncle Tom" and the N-word — by 'progressives'!

Just last week, a national newspaper suggested my family's poverty was actually privilege because a relative owned land generations before my time.

"Believe me, I know our healing is not finished. "In 2015, after the shooting of Walter Scott, I wrote a bill to fund body cameras.

Last year, after the deaths of Breonna Taylor and George Floyd, I built an even bigger police reform proposal.

"But my Democratic colleagues blocked it. "I extended an olive branch.

My friends across the aisle seemed to want the issue more than they wanted a solution.

But powerful forces want to pull us apart.

"A hundred years ago, kids in classrooms were taught the color of their skin was their most important characteristic — and if they looked a certain way, they were inferior. "Today, kids again are being taught that the color of their skin defines them — and if they look a certain way, they're an oppressor. "From colleges to corporations to our culture, people are making money and gaining power by pretending we haven't made any progress. "But today, this conversation has collapsed. "The state of Georgia passed a law that expands early voting; preserves no-excuse mail-in voting; and, despite what the President claimed, did not reduce Election Day hours. "If you actually read this law, it's mainstream.

But the left doesn't want you to know that.

It's about rigging elections in the future.

"And, no — the same filibuster that President Obama and President Biden praised when they were Senators, that Democrats used just last year, has not suddenly become a racist relic just because the shoe is on the other foot. "Race is not a political weapon to settle every issue the way one side wants. "It's too important. "This should be a joyful springtime for our nation.

Thanks to our bipartisan work last year, job openings are rebounding.