‘Returnal’ Is the First Showcase for the PS5, and It’s Stunning - The Ringer 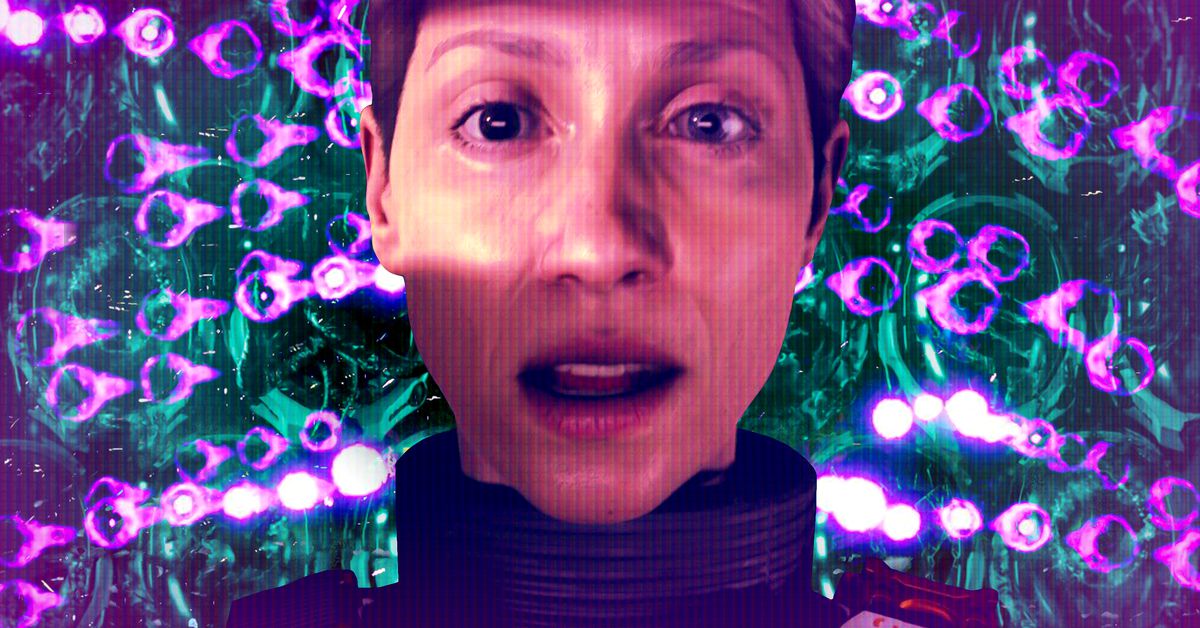 May 05, 2021 1 min, 16 secs
The lonesome astronaut Selene Vassos, seeking the source of a mysterious signal known as “the White Shadow,” crashes onto the ruined planet Atropos.

Atropos appears to be a strange new world until Selene, deep in a forest, stumbles upon her own house, filled with hints of her troubled life on Earth and haunted by a second, faceless astronaut who observes Selene without speaking.

Selene later encounters titanic opponents who bombard her with lasers, missiles, and orbs.

Inevitably, Selene dies—in fact, she dies a lot—only to once again relive the crash, revive by the wreckage, and restart her journey into the heart of darkness.

To escape Atropos, Selene must scavenge and fight her way straight from the wreckage to the White Shadow at her journey’s end.

Whenever she dies, she keeps her keys, meaning Selene must vanquish each boss only once.

But each time Selene dies and relives her crash landing, she must once again fight her way through the hordes loitering between her and the latest boss.

But if Selene defeats the horde, the chord dissipates and the battleground is cleared for her to scavenge before proceeding to the next arena.

For the most part, Returnal resists the urge to overexplain the mysteries of Atropos.

On her own corpses Selene finds logs of her past selves explaining her latest discoveries, milestones, and pitfalls in exploring the planet, but as the player pushes deeper into Atropos her logs become delusional, revealing her descent into madness as she struggles to escape the planet.