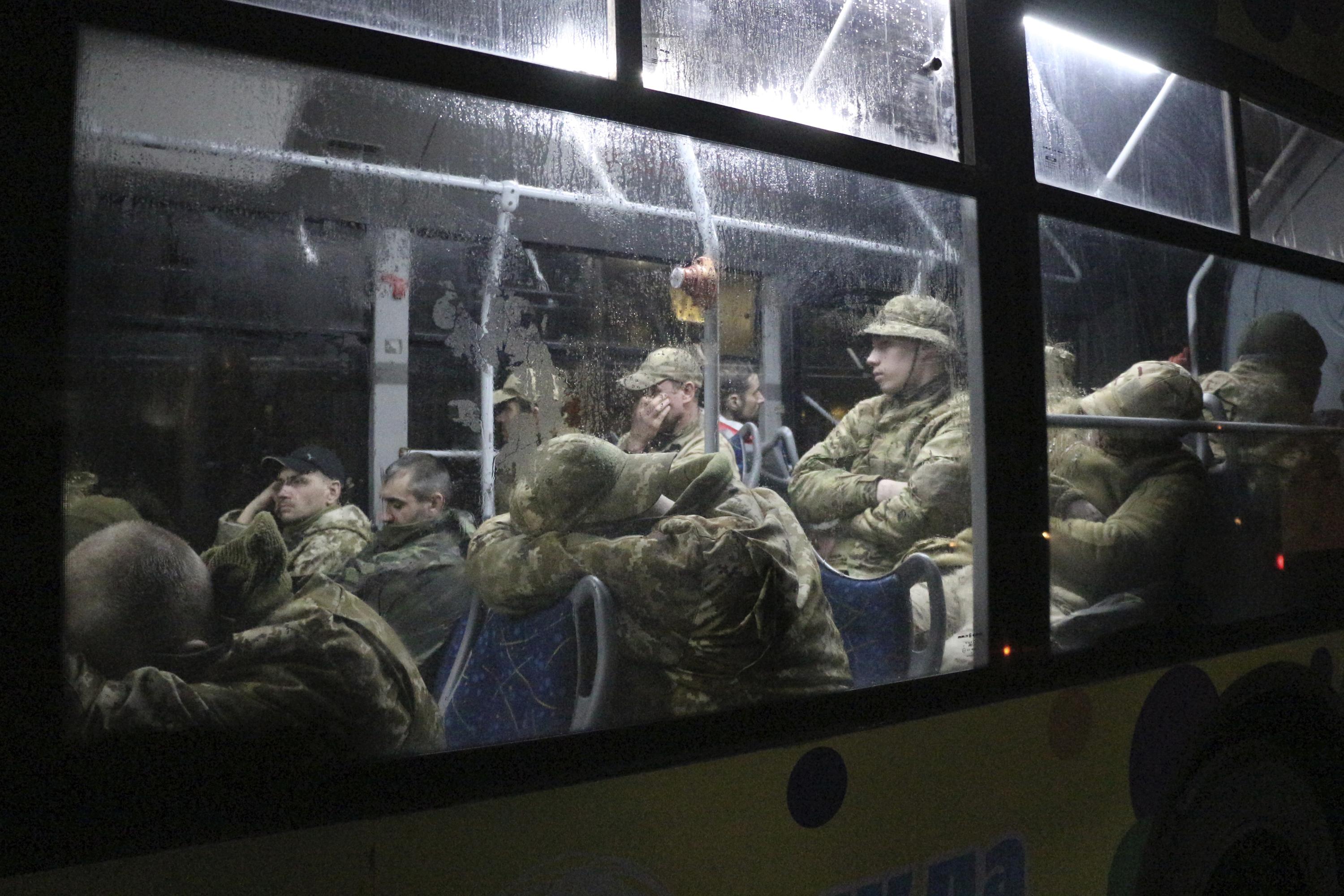 May 20, 2022 2 mins, 21 secs
POKROVSK, Ukraine (AP) — Russia claimed to have captured Mariupol on Friday in what would be its biggest victory yet in its war with Ukraine, after a nearly three-month siege that reduced much of the strategic port city to a smoking ruin, with over 20,000 civilians feared dead.Russian Defense Minister Sergei Shoigu reported to President Vladimir Putin the “complete liberation” of the Azovstal steel plant in Mariupol — the last stronghold of Ukrainian resistance — and the city as a whole, spokesman Igor Konashenkov said.Russia’s state news agency RIA Novosti quoted the ministry as saying a total of 2,439 Ukrainian fighters who had been holed up at the steelworks had surrendered since Monday, including over 500 on Friday.

The dwindling group of outgunned fighters had held out, drawing Russian airstrikes, artillery and tank fire, before their government ordered them to abandon the plant’s defense and save themselves.

24 — a conflict that was supposed to have been a lightning conquest for the Kremlin but instead has seen the failure to take the capital of Kyiv, a pullback of forces to refocus on eastern Ukraine, and the sinking of the flagship of Russia’s Black Sea fleet.

Military analysts said Mariupol’s capture at this point is of mostly symbolic importance, since the city was already effectively under Moscow’s control and most of the Russian forces that were tied down by the fighting there had already left.Russian forces shelled a vital highway and kept up attacks on a key city in the Luhansk region, hitting a school among other sites, Ukrainian authorities said.The Kremlin had sought control of Mariupol to complete a land corridor between Russia and the Crimean Peninsula, which it seized from Ukraine in 2014, and free up troops to join the larger battle for the Donbas.Satellite images in April showed what appeared to be mass graves just outside Mariupol, where local officials accused Russia of concealing the slaughter by burying up to 9,000 civilians.Ukrainian President Volodymyr Zelenskyy said Monday the evacuation of his forces from the miles of tunnels and bunkers beneath Azovstal was done to save the lives of the fighters.

They said the fighters had tied down Moscow’s forces and hindered their bid to seize the east.