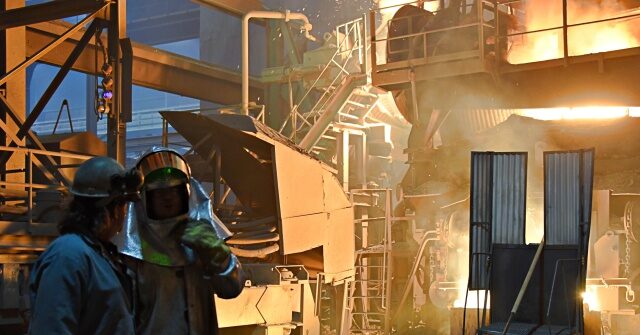 Aug 10, 2022 1 min, 7 secs
The second largest aluminum mill in the United States has idled operations, laying off about 600 American workers, due to “untenable” electricity and energy prices.

executives announced that they would idle the Hawesville, Kentucky aluminum mill for about 9 to 12 months as a result of skyrocketing prices to merely keep the plant’s lights on.

In May, a group of factories across the US Midwest warned federal energy regulators that some were on the verge of closing for the summer or longer because of what they described as “unjust and unreasonable” electricity costs.

CEO Jesse Gary said the temporary closure of Hawesville — which resulted in the layoffs of about 600 American workers — was a result of “untenable” energy prices.