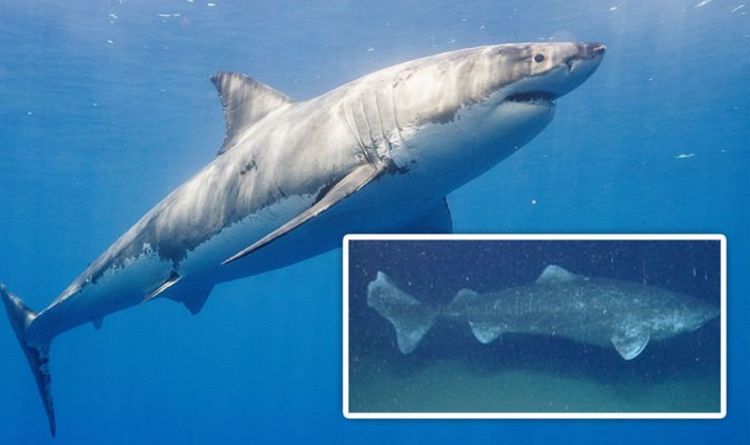 The great white is a species of large mackerel shark renowned for its daunting size, with some growing up to 20 feet in length – but most are much smaller, with females averaging around 15 to 16 feet and males tending to be between 11 and 13 feet.

Looking like a massive chunk of weather-beaten rock, the Greenland shark can grow up to 24 feet long – making them one of the biggest in the Arctic and one of the largest of all fish.

Studies in the Arctic have revealed a few snippets of information about Greenland sharks, but as they live in deep, cold water, humans rarely catch a glimpse.

In 2001 a remotely operated vehicle in the Gulf of Mexico captured footage of either a Greenland shark or a sleeper shark in over 2,600 metres of water

Two years later, scientists from the Harbour Branch Oceanographic Institution in Fort Pierce, Florida, became the first people to come face to face with a Greenland shark in the deep sea.

But hardly anyone dives that deep, so these rare encounters reveal little about how widespread and important the Greenland sharks are