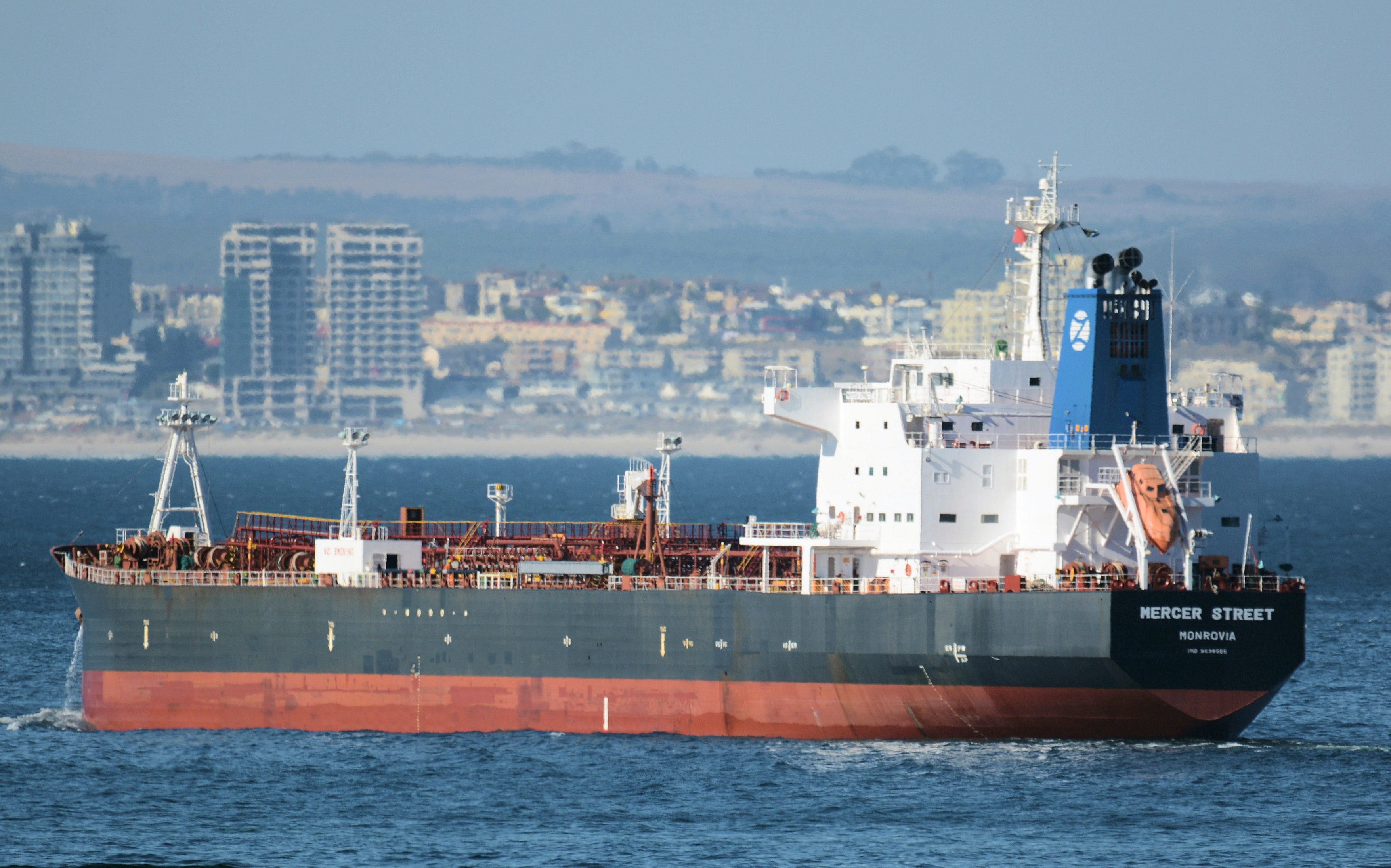 Jul 30, 2021 1 min, 8 secs
An oil tanker linked to an Israeli billionaire reportedly came under attack off the coast of Oman in the Arabian Sea, authorities said Friday, an assault that killed two crew members.The attack Thursday night targeted Liberian-flagged oil tanker Mercer Street just northeast of the Omani island of Masirah.London-based Zodiac Maritime, part of Israeli billionaire Eyal Ofer's Zodiac Group, issued a statement saying the ship was the Liberian-flagged oil tanker Mercer Street and was Japanese owned."At the time of the incident the vessel was in the northern Indian Ocean, traveling from Dar es Salaam to Fujairah with no cargo onboard," the statement from Zodiac Maritime said, naming ports in Tanzania and the United Arab Emirates, respectively.

The oil tanker linked to an Israeli billionaire reportedly came under attack off the coast of Oman in the Arabian Sea, authorities said Friday, July 30, 2021, as details about the incident remained few.

Satellite tracking data from MarineTraffic.com showed the vessel had been near where British officials said the attack occurred.Oman did not acknowledge an attack and officials there did not respond to requests for comment.

In early July, the Liberian-flagged container ship CSAV Tyndall, once tied to Zodiac Maritime, suffered an unexplained explosion on board while in the northern Indian Ocean, according to the U.S