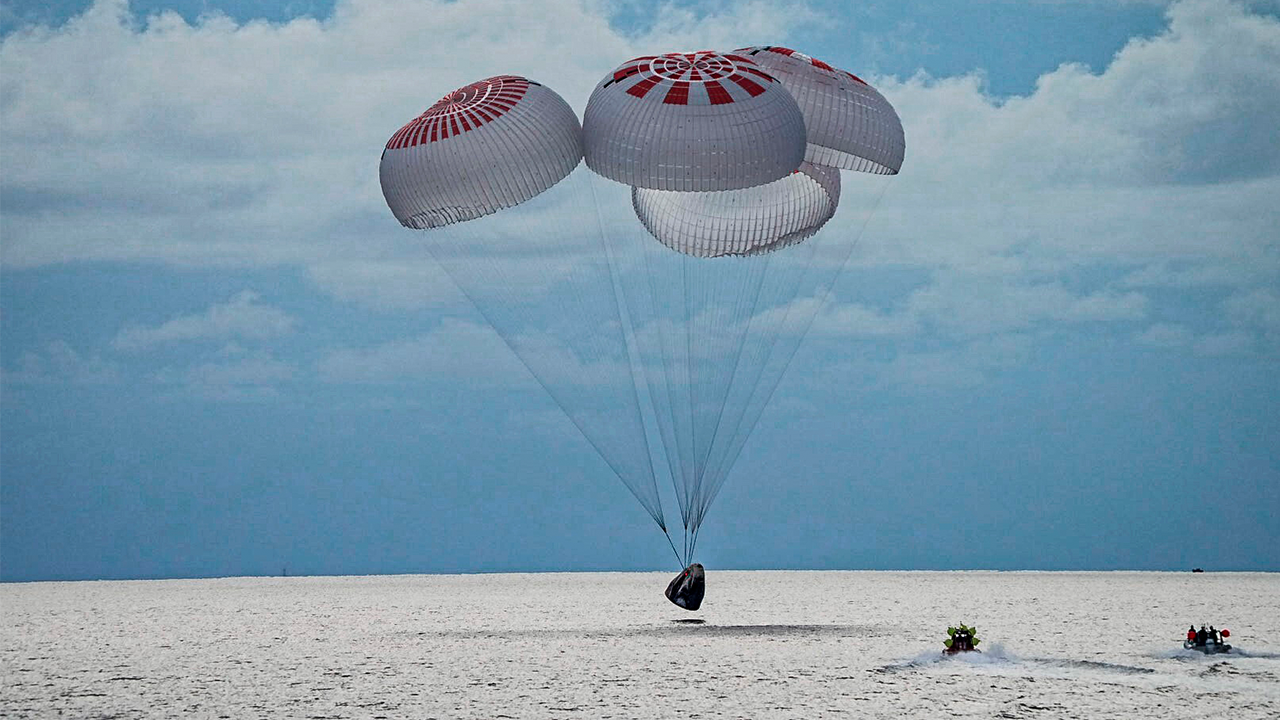 — Four space tourists safely ended their trailblazing trip to orbit Saturday with a splashdown in the Atlantic off the Florida coast.

The billionaire who paid undisclosed millions for the trip and his three guests wanted to show that ordinary people could blast into orbit by themselves, and SpaceX founder Elon Musk took them on as the company’s first rocket-riding tourists."Your mission has shown the world that space is for all of us," SpaceX Mission Control radioed.The four streaked back through the atmosphere early Saturday evening, the first space travelers to end their flight in the Atlantic since Apollo 9 in 1969.Strangers until March, the four spent six months training and preparing for potential emergencies during the flight — but there was no need to step in, officials said after their return.They also took calls from Tom Cruise, interested in his own SpaceX flight to the space station for filming, and the rock band U2′s Bono.

Some of the four passengers experienced motion sickness when they reached orbit — just as some astronauts do.

"It was a very clean mission from start to finish," said Benji Reed, a SpaceX senior director.

The 60-year scorecard now stands at 591 people who have reached space or its edges — and is expected to skyrocket as space tourism heats up.