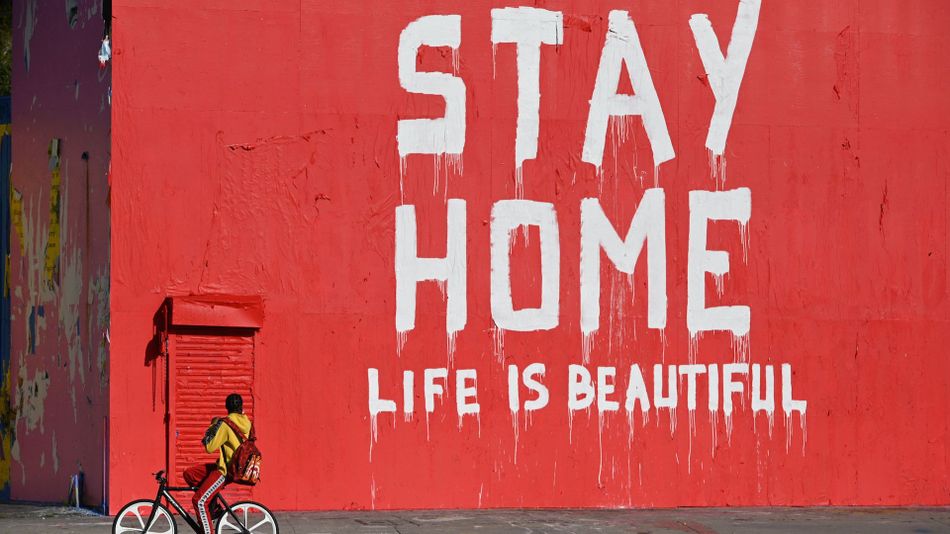 A street art depicting the Virgin Mary wearing a mask and holding the Covid-19 coronavirus is seen on a wall in Madrid during lockdown on April 3, 2020. More than 900 people died in Spain over the past 24 hours for the second day running, government figures showed, although the rate of new infections and deaths continued to slow.