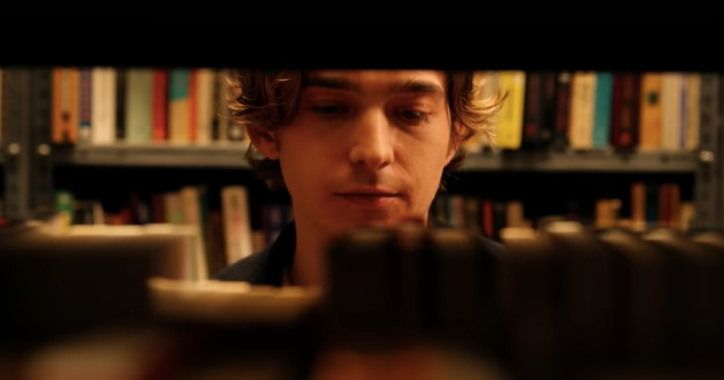 Oct 23, 2020 33 secs
Executive produced by Shawn Levy and Josh Barry (of Stranger Things, Unsolved Mysteries, and I Am Not Okay With This), as well as Nick Jonas (!!), Dash & Lily, which is based on the young-adult series of the same name, follows the titular Dash (Austin Abrams) and Lily (Midori Francis), as they trade messages and dares in a shared diary hidden in the iconic Strand bookstore.

The show’s central conflict, insomuch as there is one, seems to be that Dash is a cynic who hates Christmas (“It’s the most detestable time of year”) while Lily is an optimist who might just change his mind (via a holiday-themed scavenger hunt across Manhattan, obviously).