The next desktop-sized OLED monitor will cost $3,500 - Ars Technica 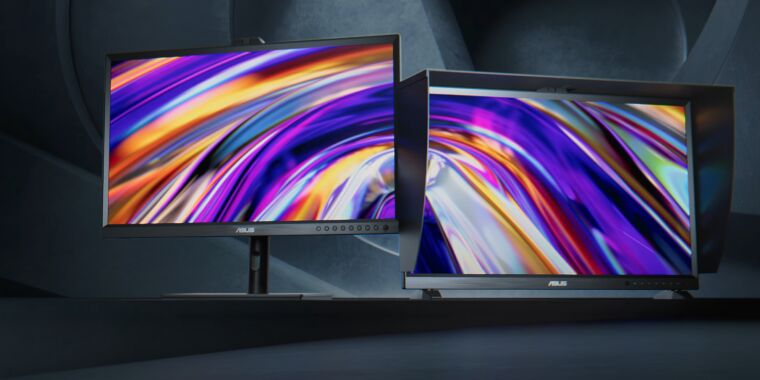 Aug 09, 2022 1 min, 6 secs
The latest OLED looks to be the 31.5-inch ProArt PA32DC, which Asus announced Tuesday, and it will be available in October for $3.500.Barring any surprise releases, the PA32DC should be the next member of a growing group of OLED monitors that can fit atop a desk.

The PA32DC targets professionals and creatives to accommodate their office setup in a way that's rare for today's OLED monitors (the exceptions being LG's UltraFine series of 26.5-inch and 31.5-inch OLED monitors and portable monitors using OLED).

Brightness has long been an advantage LED monitors held over OLED.

Some OLED monitors like the QD-OLED Alienware AW3423DW tout extra strong colors for entertainment and gaming, but reading may be more straining.

One immediate difference between LG's OLED options is the inclusion of HLG and Dolby Vision support.