The Resident Evil 3 remake falls short of its amazing predecessor 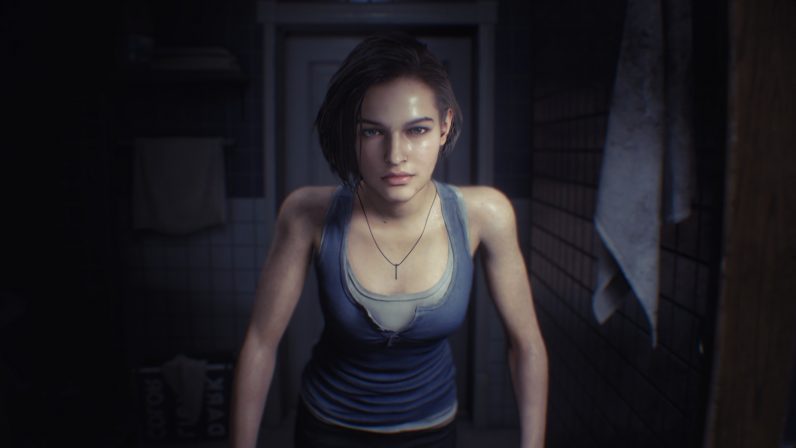 Mar 30, 2020 4 mins, 7 secs
TNW uses cookies to personalize content and ads to make our site easier for you to use. We do also share that information with third parties for advertising & analytics.

by Nino de Vries — in Gaming

Last year kicked off with the release of the magnificent Resident Evil 2 remake. Back then I wrote that the modern reimagination of the PlayStation horror classic raised the bar for video game remakes, and I still stand firmly behind that statement.

Resident Evil 2’s sequel, Resident Evil 3: Nemesis, got the same treatment and is due for release this Friday (April 3). I got my quarantined hands on an early copy, and I’m sad to say it didn’t blow me away as much as its predecessor did.

TNW2020 is our full-blown tech festival disguised as a conference

Resident Evil 3 takes place in the 24 hours leading up to the events of Resident Evil 2. It tells the story of former S.T.A.R.S. (Special Tactics and Rescue Service) member Jill Valentine, who is on a mission to escape Raccoon City.

The T-virus that causes people to turn into zombies has run rampant in Raccoon City, leaving Jill to face a horde of zombies with few allies to help her out. The only friendly survivors are the members of Umbrella Biohazard Countermeasure Service, a band of corporate soldiers who, like Jill, are trying to escape the city.

Early in the story, Jill is confronted by Nemesis – the titular super mutant who’s hot on your heels for most of the game. He’s like Mr. X from Resident Evil 2, but on steroids. Nemesis can’t be killed, so you spend a good chunk of the game running away from him, hoping he doesn’t teleport right in front of you.

A lot of the gameplay in RE3 can be distilled down to a simple sequence of events: explore until Nemesis shows up, run away from Nemesis, fight Nemesis, repeat. This loop results in some very tense moments to be sure, but it never reaches the heights of Resident Evil 2.

Resident Evil 2 plays a lot like a classic point-and-click adventure. You’re stuck in a museum that’s been converted into a police station, and you have to find your way through this huge building by finding keys and tools to unlock new areas. Killing zombies isn’t the goal, it’s more like a hurdle on your way to the next puzzle.

Resident Evil 3 is a lot closer to traditional action games. Sure, it’s still scary, you’re still scrounging for ammo, and there are still some minor puzzle elements – but the bulk of the game is spent either shooting zombies or running away from Nemesis. You can explore and backtrack a little bit, but it never gets as elaborate as its predecessor.

With the more linear, action-oriented design comes an additional downside: Resident Evil 3 isn’t nearly as replayable as last year’s remake. After finishing Resident Evil 2 I immediately fired up the game again to run through its alternative story, Resident Evil 3 doesn’t have that option.

Once you finish the main story (which is on the short side), you unlock a shop selling items that give you bonuses in subsequent playthroughs like extra damage and regenerating health, but otherwise there’s not much left to do once you wrap things up.

To compensate for the lack of replayability, Capcom bundled Resident Evil 3 with a new standalone 4v1 multiplayer game called Resident Evil Resistance. I’ve only played a tiny bit of it and it’s not my cup of tea. I’ll check back in on it after release to see how it pans out. It seems elaborate and decent, but I’d much rather have more single-player content.

Overall I enjoyed my time with Resident Evil 3. It’s well-made, it looks great, and fans of the original PlayStation 1 game will undoubtedly be happy to see the horror classic reimagined with modern graphics.

Though as someone who doesn’t have those fond memories of the original, I found it too short and linear to recommend as highly as the amazing remake of its predecessor.

Read our daily coverage on how the tech industry is responding to the coronavirus and subscribe to our weekly newsletter Coronavirus in Context.

For tips and tricks on working remotely, check out our Growth Quarters articles here or follow us on Twitter.

Stay tuned with our weekly recap of what’s hot & cool by our CEO Boris.

Sit back and let the hottest tech news come to you by the magic of electronic mail.

Prefer to get the news as it happens? Follow us on social media.

Got two minutes to spare? We'd love to know a bit more about our readers. Start!

All data collected in the survey is anonymous.