This world-famous restaurant ditched meat, but it's still charging $335 a person. Will people pay? - CNN 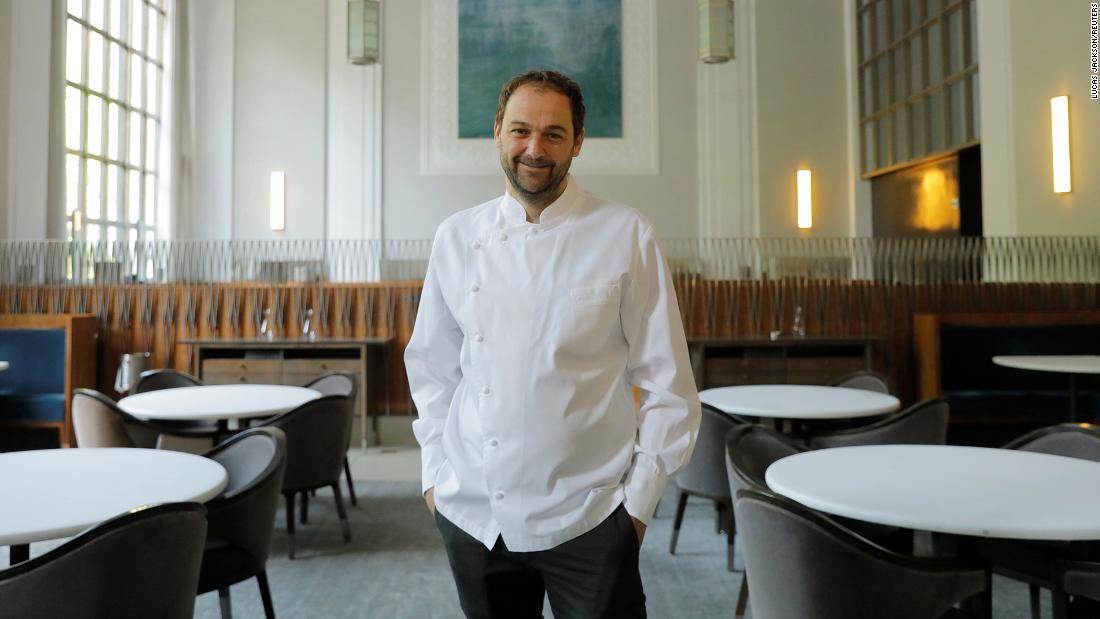 Oct 14, 2021 2 mins, 46 secs
But like so many other less famous restaurants during the pandemic, it had to lay off all its employees, was struggling to pay its vendors and was facing the once-unthinkable prospect of filing for bankruptcy.Instead, Humm found a path forward by pivoting to vegetables — a highly unusual shift for a storied restaurant."At times I thought, well, if we're going bankrupt with Eleven Madison Park, maybe that's the end of a chapter," Humm told CNN in an interview in August.

So if he might lose the restaurant anyway, why not take a chance?

That thinking laid the groundwork for the decision that shocked the food world: In early May, Humm announced that when Eleven Madison park reopened the following month it would go completely plant-based.

(The only exception, he said at the time, would be cow's milk as an add-on for coffee or tea.)

The menu -— which includes items like a vegan caviar service made from tonburi, roasted eggplant with coriander and sesame tofu with squash — is all served with the signature flair and detail that Eleven Madison Park is known for.

"Omnivores have long been seeking out accessible yet ambitious vegetarian and vegan fare, and Humm, based on a mid-August meal, doesn't yet appear to fully possess the palate, acumen, or cultural awareness to successfully manipulate vegetables or, when necessary, to let them speak for themselves."

New York Times critic Pete Wells' review last month went viral for its withering lines, including one about an EMP beet tasting like "a cross between lemon Pledge and a burning joint." Beyond his problems with the food itself, Wells also pointed out that people who have environmental concerns about meat may not have much reason to celebrate EMP's move.And, importantly, he noted that through the end of this year, EMP still offers a meat option for customers who book a private dining room, a "metaphor for Manhattan, where there's always a higher level of luxury, a secret room where the rich eat roasted tenderloin while everybody else gets an eggplant canoe."Wells did note that EMP has a history of correcting itself, however: "Each time the restaurant has overhauled itself — the cryptic grid menu, the magic tricks at the table, the themed New York City menu — it has gone overboard, then pulled back to a less extreme place," he said, adding that "its talent for overcoming its own missteps was one reason I gave it four stars in its last review in The New York Times, in 2015."A spokesperson for EMP would not comment on Wells' and Sutton's critiques, noting it is restaurant policy to not comment on reviews."It is an incredible undertaking to reopen a restaurant, especially in the midst of a rapidly evolving pandemic, and it took the entirety of our staff's focus and efforts to execute this at the level Eleven Madison Park operates," the statement said.

In early September, we made the decision to remove the last remaining animal products from the private dining room menus by January 1, 2022."

Taking a cue from TeslaOthers say Humm deserves some credit for his decision to go meatless.

But Humm said in August that the wait list was massive, with "15,000 table requests at one time."