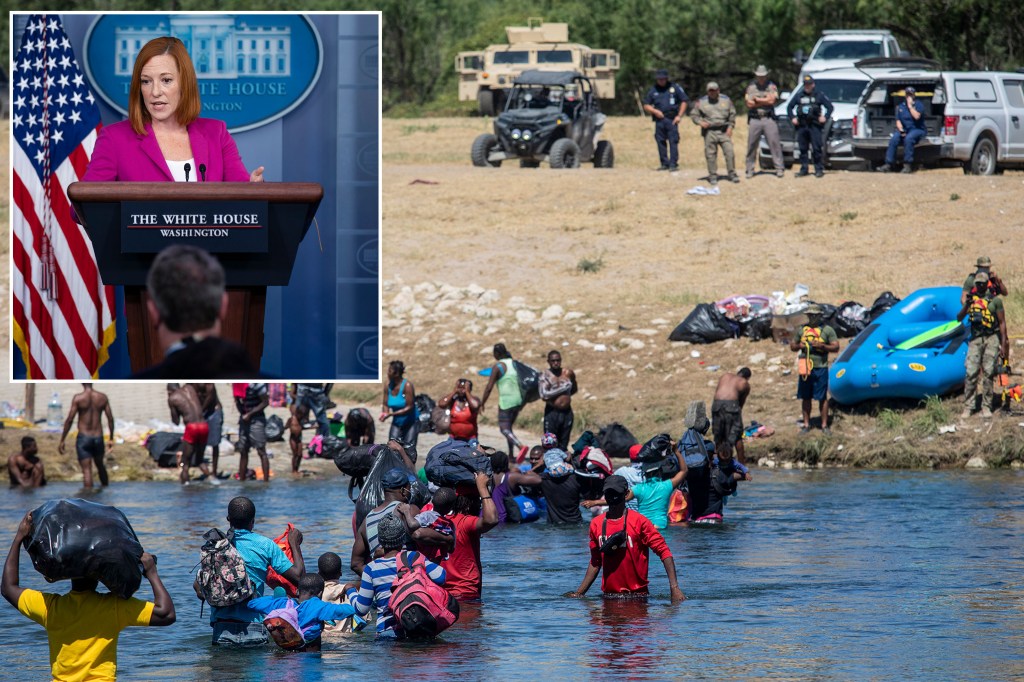 Sep 24, 2021 1 min, 25 secs
Psaki said another 3,206 Haitians â€œhave been movedâ€ from their massive makeshift encampment under the Del Rio International Bridge into the custody of US Customs and Border Protection â€œor to other sectors of the United States border.â€.

“I assure you it’s a minority of the individuals â€¦ and they are placed in immigration enforcement proceedings, where they are able, where they appear before a judge and if, in fact, they make a valid claim to remain in the United States, and of course, we honor that.

On Wednesday, the AP reported that a US official said illegal immigrants nabbed in Del Rio amid the crisis had been released on a â€œvery, very large scaleâ€ â€” possibly reaching into the thousands â€” and simply told to report to an immigration office within 60 days.Meanwhile, Reuters and the Los Angeles Times reported that thousands of the mostly Haitian migrants still in Del Rio had been given color-coded tickets by immigration officials and told to await processing.Tickets that are blue or yellow â€” which are issued to families and pregnant women, respectively â€” will allow holders to enter the United States legally and seek permission to stay, according to the LA Times.

But red or green tickets â€” for single men and single women, respectively â€” will likely result in a trip back to Haiti.