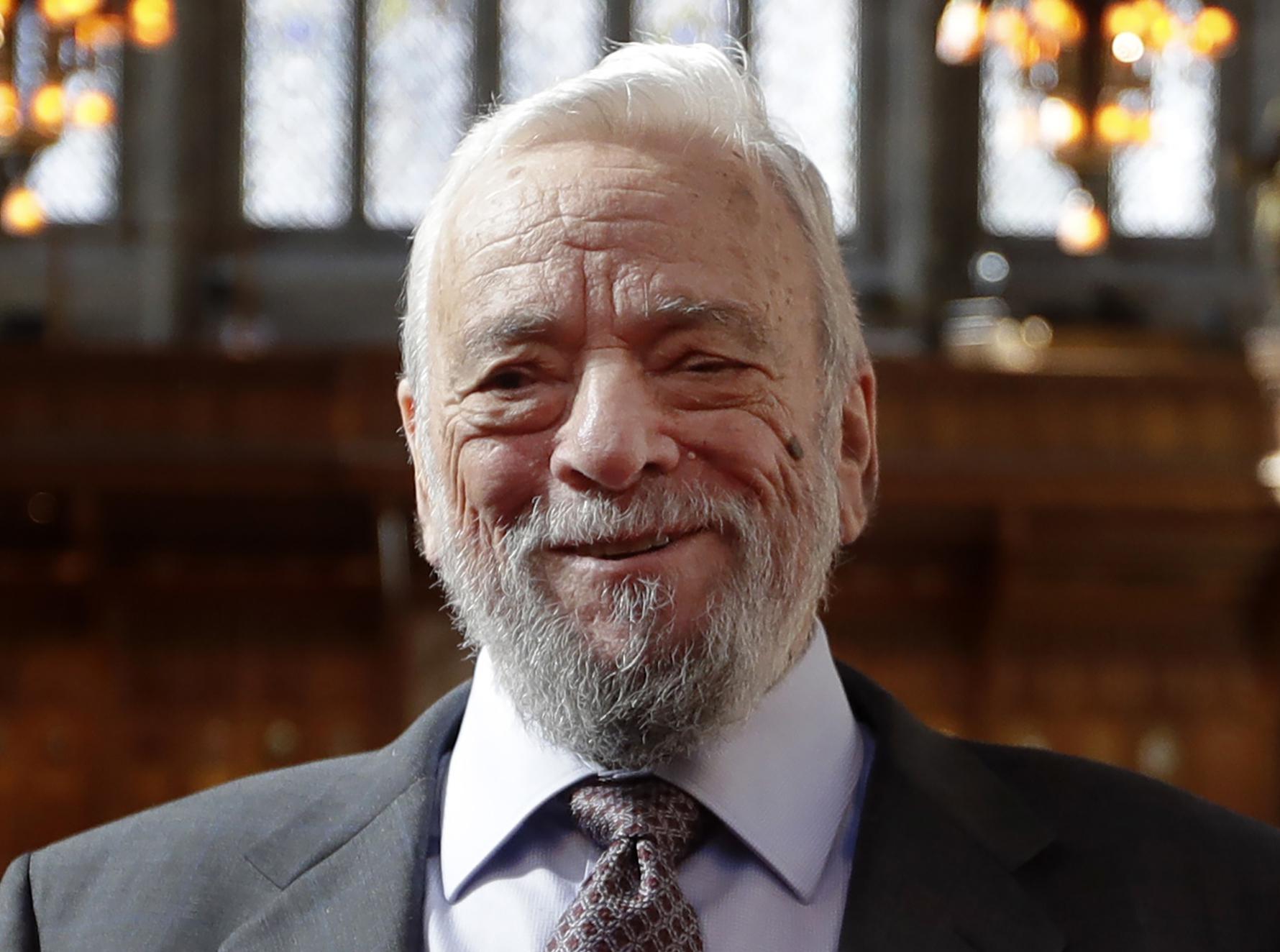 Nov 26, 2021 2 mins, 40 secs
NEW YORK (AP) — Stephen Sondheim, the songwriter who reshaped the American musical theater in the second half of the 20th century with his intelligent, intricately rhymed lyrics, his use of evocative melodies and his willingness to tackle unusual subjects, has died.

Music supervisor, arranger and orchestrator Alex Lacamoire tweeted: “For those of us who love new musical theater: we live in a world that Sondheim built.”.

Sondheim’s music and lyrics gave his shows a dark, dramatic edge, whereas before him, the dominant tone of musicals was frothy and comic.

A New York magazine cover asked “Is Sondheim God?” The Guardian newspaper once offered this question: “Is Stephen Sondheim the Shakespeare of musical theatre?”.

Taught by no less a genius than Oscar Hammerstein, Sondheim pushed the musical into a darker, richer and more intellectual place.

“If you think of a theater lyric as a short story, as I do, then every line has the weight of a paragraph,” he wrote in his 2010 book, “Finishing the Hat,” the first volume of his collection of lyrics and comments.

Early in his career, Sondheim wrote the lyrics for two shows considered to be classics of the American stage, “West Side Story” (1957) and “Gypsy” (1959).It was not until 1962 that Sondheim wrote both music and lyrics for a Broadway show, and it turned out to be a smash — the bawdy “A Funny Thing Happened on the Way to the Forum,” starring Zero Mostel as a wily slave in ancient Rome yearning to be free.It was “Company,” which opened on Broadway in April 1970, that cemented Sondheim’s reputation.

The show, produced and directed by Hal Prince, won Sondheim his first Tony for best score.

The music and lyrics paid homage to great composers of the past such as Jerome Kern, Cole Porter and the Gershwins.

The musical, also produced and directed by Prince, was not a financial success, but it demonstrated Sondheim’s commitment to offbeat material, filtering its tale of the westernization of Japan through a hybrid American-Kabuki style.

Three years after “Sunday” debuted, Sondheim collaborated again with Lapine, this time on the fairy-tale musical “Into the Woods.” The show starred Peters as a glamorous witch and dealt primarily with the turbulent relationships between parents and children, using such famous fairy-tale characters as Cinderella, Little Red Riding Hood and Rapunzel.

The show received mostly negative reviews in its original incarnation, but many of those critics reversed themselves 13 years later when the show was done on Broadway and won a Tony for best musical revival.

At the same time, Sondheim wrote his first musical, “Saturday Night,” the story of a group of young people in Brooklyn in 1920s.

It was to have opened on Broadway in 1955, but its producer died just as the musical was about to go into production, and the show was scrapped.

Over the years, there have been many Broadway revivals of Sondheim shows, especially “Gypsy,” which had reincarnations starring Angela Lansbury (1974), Tyne Daly (1989) and Peters (2003).

Stephen Sondheim was one of those