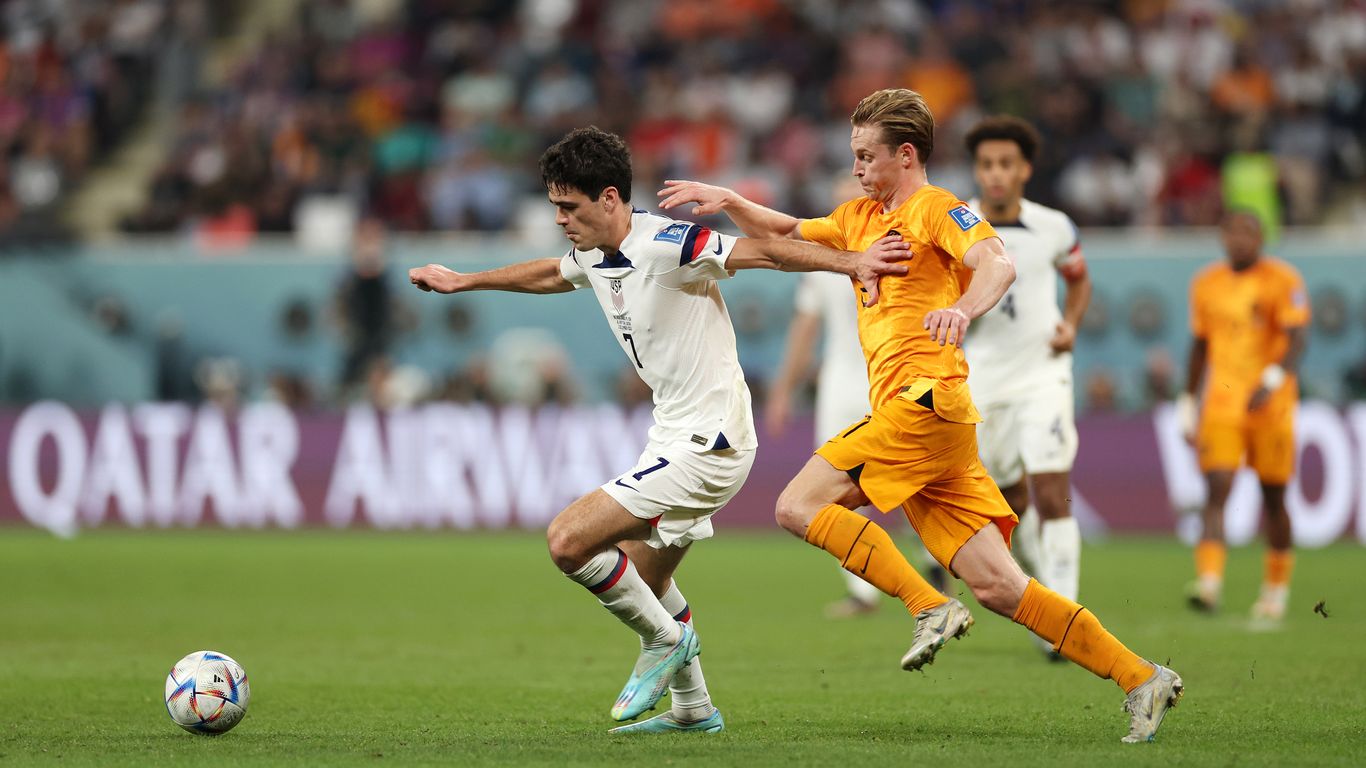 Dec 03, 2022 16 secs
Giovanni Reyna of United States controls the ball against Netherlands.The United States men's soccer team is heading home from Qatar after losing to the Netherlands in the 2022 World Cup's Round of 16.Details: The Dutch scored twice in the first 45 minutes before the United States notched one back in the second half.
source :- Axios