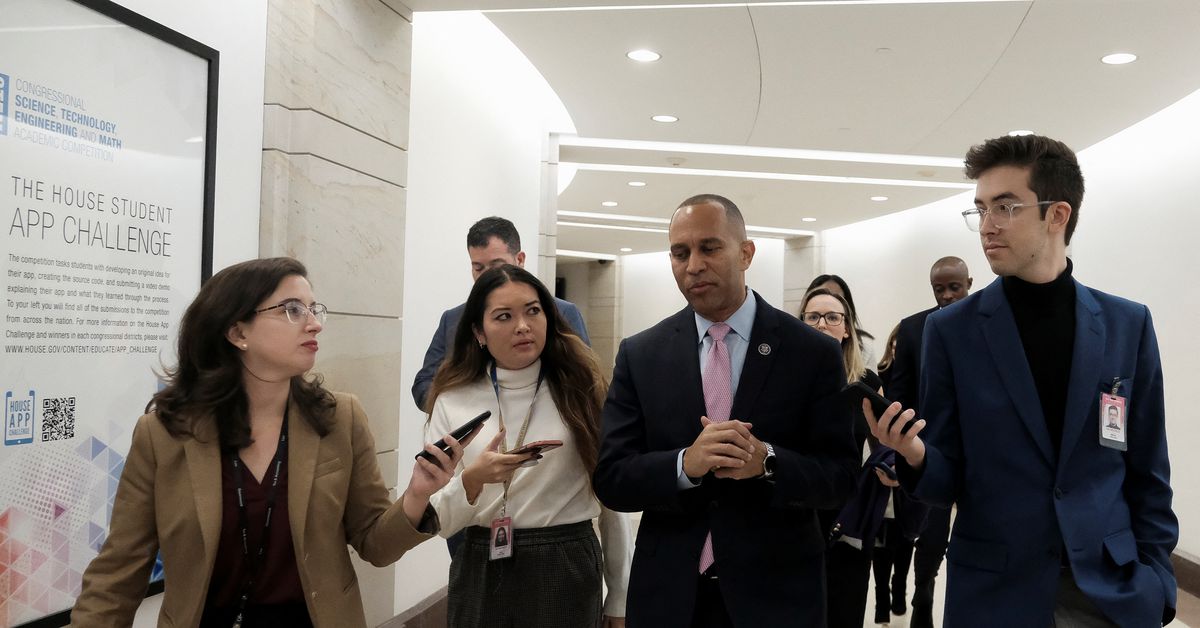 Dec 01, 2022 1 min, 27 secs
WASHINGTON, Nov 30 (Reuters) - Hakeem Jeffries was unanimously elected on Wednesday to become the Democratic Party's top leader in the U.S.Democratic Senate Majority Leader Chuck Schumer said he was not surprised that Jeffries, a fellow Brooklynite, was chosen3"Our commitment is always to extend the hand of partnership whenever and wherever possible, in order to get things done for everyday Americans," Jeffries said, when asked how he will work with Republicans.

2 Democratic job, a post known as "whip." Californian Pete Aguilar, 43, and a member of the Congressional Hispanic Caucus, was elected to Jeffries' current job of Democratic caucus chairman.

Hakeem Jeffries (D-NY) speaks to the media following the House Leadership news conference, after being elected as the new Democratic leader in the House of Representatives for the next session of Congress, on Capitol Hill in Washington, U.S., November 30, 2022.