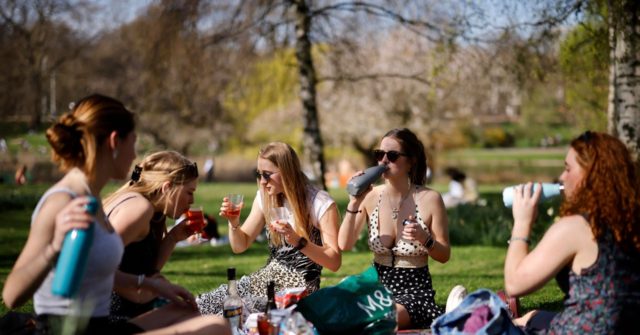 Apr 12, 2021 49 secs
Government scientists in Britain have reportedly pushed back against models which suggested that a third wave of the Chinese coronavirus would fall upon the country over the summer months as lockdown restrictions are lifted.Projections conducted by the UK’s Scientific Pandemic Influenza Group on Modelling, Operational sub-group (SPI-M-O) of the SAGE quango last week painted a dire picture for another potential outbreak of COVID-19, even suggesting that a third wave in June could be comparable to the second wave of the virus in January.Researchers from the University of Edinburgh have also cast doubt on a possible reemergence of the Chinese virus during the summer, suggesting that sunshine limits the ability of the coronavirus to spread.

The study suggested that skin may release nitric oxide under the sunlight of summer months, which limits the ability of the virus to replicate.