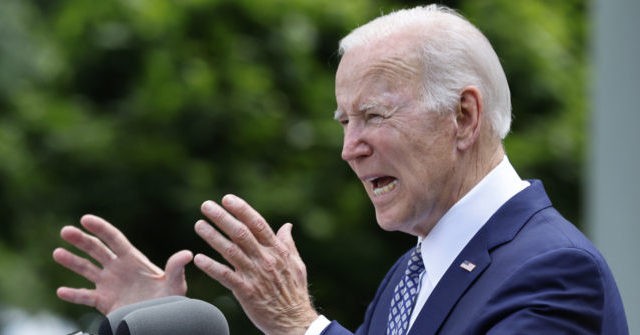 May 20, 2022 49 secs
Seventy-eight percent of adults consider the national economy to be in poor condition, up from 70 percent last month, according to an AP-NORC poll released Friday.

A month ago, 47 percent of Democrats described the economy as good.

Republicans already viewed the economy as grim, with just 10 percent saying it is in good condition in April.Just 18 percent of Americans say Biden’s policies have done more to help than hurt the economy, down slightly from 24 percent in March.

Eighty-one percent say Biden’s policies have either hurt or done nothing for the economy, with 51 percent say they’ve done more to hurt than help and 30 percent say they haven’t made much difference either way.