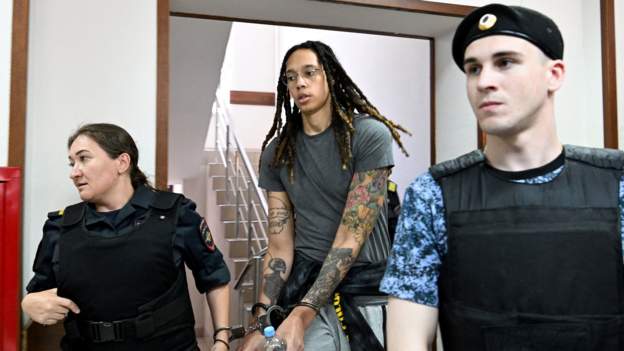 Jun 27, 2022 43 secs
American basketball star Brittney Griner is scheduled to stand trial in Russia on Friday on charges of illegal cannabis possession.The 31-year-old, a three-time WNBA league champion and seven-time All-Star, could face 10 years in prison if convicted.However, even if acquitted at the trial, the government in Russia has the authority to overturn any decision and still send Griner to prison.Griner, affiliated to the Women's National Basketball Association (WNBA), is considered one of the most dominant players in her sport's history.

Roughly half of WNBA players compete overseas in the off-season.