What Americans get wrong about the Mayflower 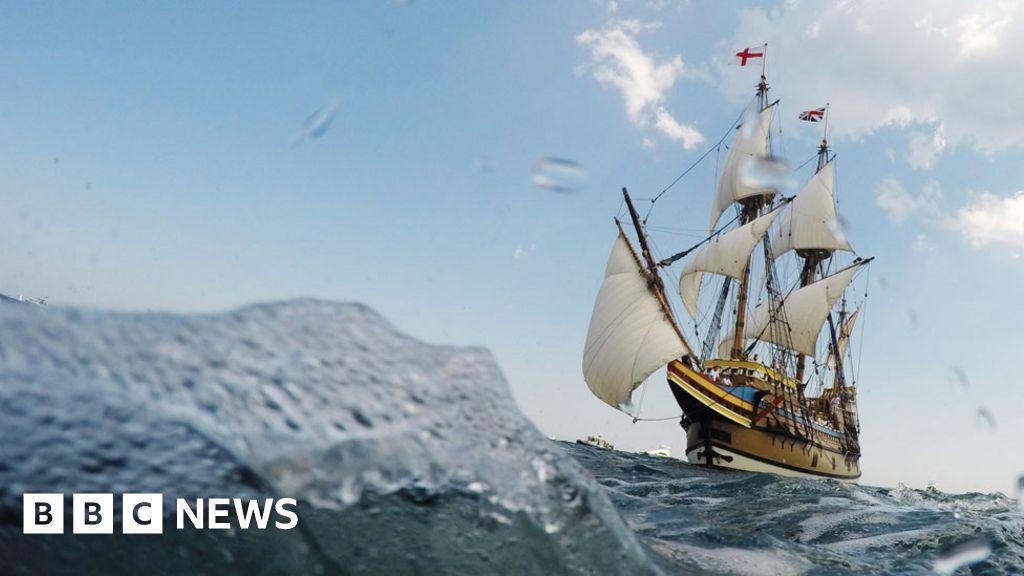 At a time when America is straining under the weight and contradictions of its history, along comes the 400th anniversary of the Mayflower dropping anchor off these shores?

From the modern-day Tea Party to the protesters taking aim at the Confederacy's most celebrated general Robert E Lee; from the argument over whether Washington DC's American football team should call itself the Redskins to the dispute over whether we should still honour the Founding Fathers who owned slaves, no country in the world lives and contests its history with quite such passion and ferocity.

After all, the Mayflower didn't bring the first English settlers to these shores.

And maybe it's worth stating the obvious from the outset - that the Pilgrim Fathers should not be confused with the Founding Fathers, the patriots who fought against the British in the revolutionary war, the visionaries who in 1776 launched this rambunctious experiment in democracy.

It's also a mistake to view the arrival of the Mayflower as the first interaction between white settlers and indigenous North Americans.

The Mayflower compact is a significant historical document, the "wave-rocked cradle of our liberties", as one historian evocatively put it.

The Pilgrim Fathers - or more accurately, the Pilgrim Mothers - also created a gene pool from which tens of millions of Americans continue to draw.

This national holiday derives from the celebration marking the first harvest in 1621, when the colonists sat down with the Wampanaog Native Americans.

It's been packaged up as an act of peaceful co-existence, a convivial banquet which suggests that the Pilgrim Fathers were welcomed by indigenous Americans with open arms.

In a fraudulent retelling, the place of the Native Americans at that table has commonly been misappropriated and misunderstood.

Thanksgiving has encouraged the idea that indigenous Americans gladly greeted white, European settlers; helped teach the new arrivals how to survive in the New World; lived together harmoniously; joined together for this slap-up celebration and then vanished from the story.

It's a storyline that accepts at face value a colony seal designed by the Massachusetts Bay Colony which showed a half-naked indigenous American pleading with the English to "Come Over and Help Us." Thanksgiving has consequently become an American veil, an invisibility cloak around which the inconvenient truths of history have for centuries been concealed.

Native Americans became victims of the colonists; prey to their land grabs, the exploitation of their natural resources and the fatal diseases imported from Europe from which they had no immunity.

Thanksgiving feasts were sometimes held to celebrate victories over the Native Americans.

The Pilgrim Fathers, then, were co-opted to assert the ascendancy of WASP culture - white, Anglo-Saxon and Protestant.

There's also a class dimension to WASP culture that means the Pilgrim Fathers are hardly regarded as populist heroes, the poster boys of the present incumbent of the White House and his Make America Great Again supporters.

The Pilgrim Fathers were the originators of an American class system that made Donald Trump, for all his riches, feel like an outsider.

The Pilgrim Fathers also asserted the dominance of the white race, often with murderous force.

But the savagery of the white settlers was grotesque.

When in 1675, a group of indigenous Americans banded together to fight the settlers, the dead body of their leader Metacom - whom the English nicknamed King Phillip - was treated like a trophy.

Not only did the colonists import African slaves, they exported Native Americans.

At least hundreds of indigenous Americans were enslaved.

Racial division has long been the default setting of American life, and those first white settlers marked out the colour line in the blood of Native Americans.

The retelling of the Mayflower voyage as an origin story has also promoted and sustained the belief that American history starts at the moment of European settlement.

In her bestselling history of the United States, These Truths, the Harvard academic Jill Lepore argues, for example, that revolution in America began not with the English settlers who eventually rebelled against the King, but rather the people over whom they ruled