What’s Going On With the New Aspirin Recommendations? - Slate 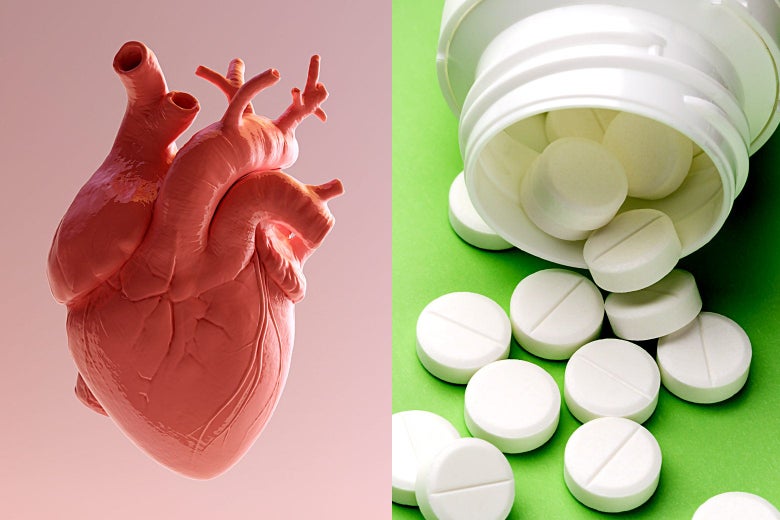 Oct 21, 2021 1 min, 23 secs
Preliminary advice from the panel suggests that Americans over the age of 60 who haven’t had a heart attack or stroke should not take daily aspirin.

One of the earliest known instances of aspirin being recruited to prevent heart disease occurred during the 1950s, when Lawrence Craven, a California physician, noticed that children who chewed on aspirin-infused gum had bleeding complications.

(Primary prevention refers to medical intervention in patients at risk for a heart attack or stroke but who haven’t had one.) It was around that time that doctors also began giving aspirin as soon as they could after a heart attack.

Also in the ’80s, the Food and Drug Administration issued two important authorizations for aspirin use: In 1980, aspirin was approved for preventing future strokes in folks who’d already had one, and in 1985, the same endorsement was announced for people who’d had heart attacks.

During the early 1990s, the American College of Chest Physicians recommended that aspirin be used for preventing the first heart attack or stroke in people over the age of 50.

With those risk factors under better control, people who haven’t had a heart attack just don’t need aspirin.

One of the studies, which focused on older adults, found that, in general, using aspirin for primary prevention significantly increased the risk of major bleeding, while having minimal effect on the risk of heart disease.

For people who’ve had a heart attack, a stroke, a stent placed, or bypass surgery, the risk calculus changes a bit.

They need more aggressive blood thinning, since they have heart disease and a higher risk of experiencing a future heart attack or stroke.