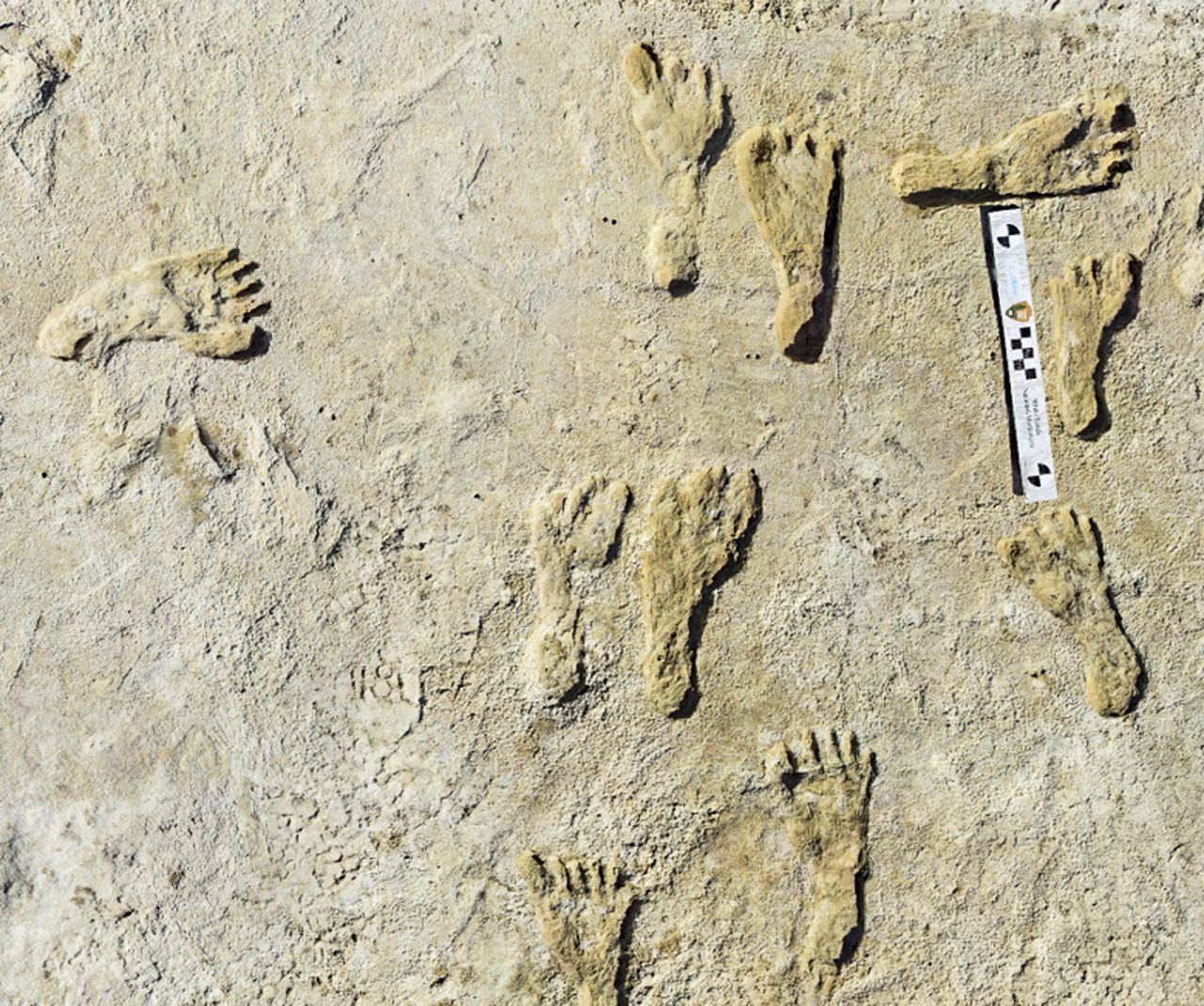 Based on various evidence — including stone tools, fossil bones and genetic analysis — other researchers have offered a range of possible dates for human arrival in the Americas, from 13,000 to 26,000 years ago or more.

He and others found more in the park over the years.

Earlier excavations in White Sands National Park have uncovered fossilized tracks left by a saber-toothed cat, dire wolf, Columbian mammoth and other ice age animals.The tracks at White Sands were laid down along the shore of an ancient brackish lake that once filled the valley where the park’s famous dunes now stand.

The footprints were layered around — and in one case below — seeds that were buried in place between 21,000 and 22,800 years ago, suggesting two millennia of human habitation along the ice age lake some 10,000 years before the Clovis people.