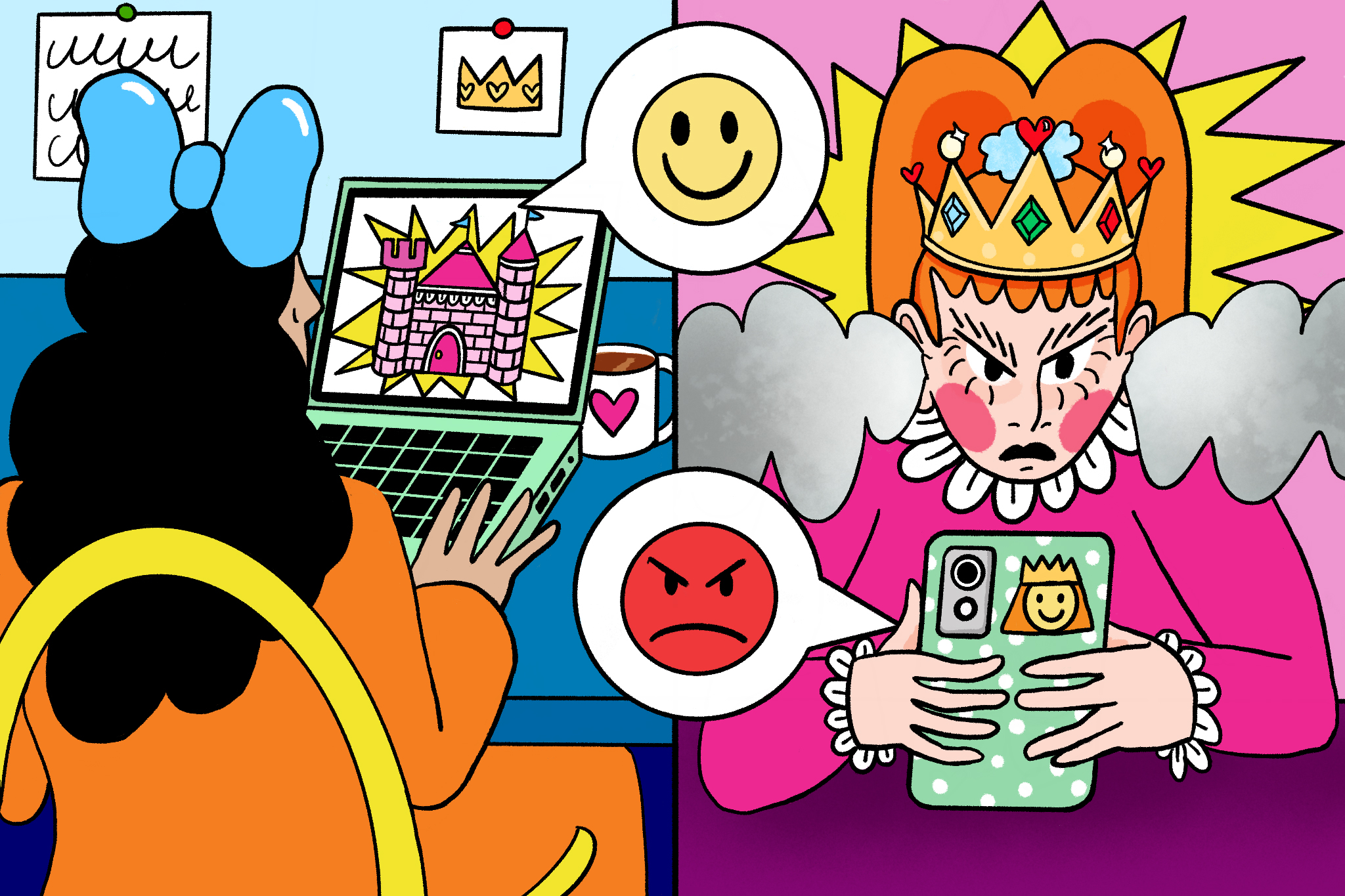 Oct 19, 2021 5 mins, 22 secs
Some Disney fans take their fandom to a toxic level.“This has to stop,” a Disneyland fan said.It started innocently, with people sharing memories of the park with the phrase “My Disneyland had …” My Disneyland had the Welch’s Grape Juice stand.“The whole ‘My Disneyland’ thing was just mind-boggling,” Bill Cotter said.“I came back later and, my God, the hatred that was flying back and forth,” Cotter said.But it’s not just isolated to this one Disneyland Facebook group. .“It’s become quite fascinating to me to look at the toxicity in a fandom that a lot of people would think is just very happy, and everyone’s always on the same page with things, when they’re obviously not,” said Rebecca Williams, senior lecturer in communication, culture and media studies at the University of South Wales in the United Kingdom.

Blame the pandemic, sure, but there’s more happening than just that — and the trends in Disney social media reflect what’s happening in society more broadly. .

“I think people on social media started to become more divided anyway, and some of that spilled over,” she said.

“These kinds of conflicts usually end up turning on ideas about who are the real fans and what does real fandom look like or mean,” said Benjamin Woo, associate professor of communication and media study at Carleton University in Ottawa, Canada.Insert whatever insult you want there, because it’s already been said, many times, to many people.

“On Facebook, I’m in groups for Disney cruises, and it’s amazing how somebody will ask the most innocent question and just get destroyed,” said Dan Wann, professor of psychology at Murray State University in Kentucky.

Some people choose a long-term commitment to Disney because their family likes to go, or because it’s a way to stay connected to the past.

“If you’re a Disney Vacation Club person, you don't get to say, ‘Well, I guess I'll just not care anymore.’ You care psychologically and financially.”.

“When things happen at Disneyland — for instance, you talk about a ride change or if prices go up or they take away annual passes — Disneyland fans go crazy because you’re taking something that they hold very dear to their heart,” said Stephanie Williams-Turkowski, assistant professor in the department of mass communications at Stephen F.

Austin State University, who wrote her dissertation about Disney fandom.

“There are so many different facets of being a Disney fan and you don't have to fit that one description,” she said.

“That's where a lot of the negativity comes in — like, ‘You don't look like the typical Disney fan.

“Some of them are just scared to death of being attacked by people on a personal level,” Cotter said?

“It bounces off you in the street, but I just don’t like it when it happens here, it’s a whole new level of hurt,” he added.

He’s been featured on several episodes of the Disney Plus show “Behind the Attraction,” and he’s written several history books, including one on the 1964 World’s Fair when Disney debuted It’s a Small World and other now-iconic park rides.

“What frustrates me is that you’re trying to say you want to go to the happiest place on Earth,” he said, “and people just feel absolutely compelled to bring the outside world into it.”.

In sports fandom, Dan Wann said, those people are called “dysfunctional fans,” who disregard other people’s feelings or go on the attack when something goes wrong with their team.

I wonder if maybe you haven't come across people [who] are just dysfunctional Disney fans and they're not nice outside of Disney.

“People just really want a communal bond over something, and trust in the community and people who are seeking out that community,” said Will Henderson, associate director for the Social Media Listening Center at Clemson University, who studies the social media habits of theme park fans.With Disneyland especially, there’s a protectiveness that comes with what people perceive as “Walt’s park,” the only one Disney personally oversaw the creation of

People will complain about changes at Walt Disney World, but when it comes to Disneyland, that discourse is on a totally different level

“Disneyland people are more of a local group,” Cotter said

“When I wrote that story, people were commenting on the piece and saying things like, ‘PC police get a life, leave us alone,’” she said

Under Chapek’s leadership, the parks have ended free FastPasses, taken away significant guest perks like trams to and from parking garages and free airport transportation to and from Walt Disney World hotels, and replaced the beloved annual passholder program with one widely seen as inferior

“But I think it’s interesting that he’s been singled out in this way.” She said she’s observed Josh D’Amaro, head of Disney Parks, Experiences and Products, as being portrayed by the public as trying to do the right thing and do better by guests, but as being held back by Chapek

“When you’re making the point about Disney constantly changing,” Hannah Sampson said, it’s easy to forget that “its main goal is entertainment and making moneyWilliams sees this focus on Chapek as the biggest Disney villain as a way of deflecting people’s complicated emotions about the company’s decisions — not just about removing parts of rides or taking away perks, but of allowing more inclusive dress codes for cast members, like letting anyone wear nail polish, not just cisgender womenUltimately, the simplest explanation is that people have intense connections to this company that manufactures happiness as its largest commodity, and, as Hannah Sampson said, “there’s always going to be some way in which current Disney leadership is not living up to the expectation of the fandom.”

“You can't blame people for disappointment and feeling like their pockets are getting emptier and emptier, but I also think the real Disney fandom would not be happy if there wasn't something that they could complain about.”