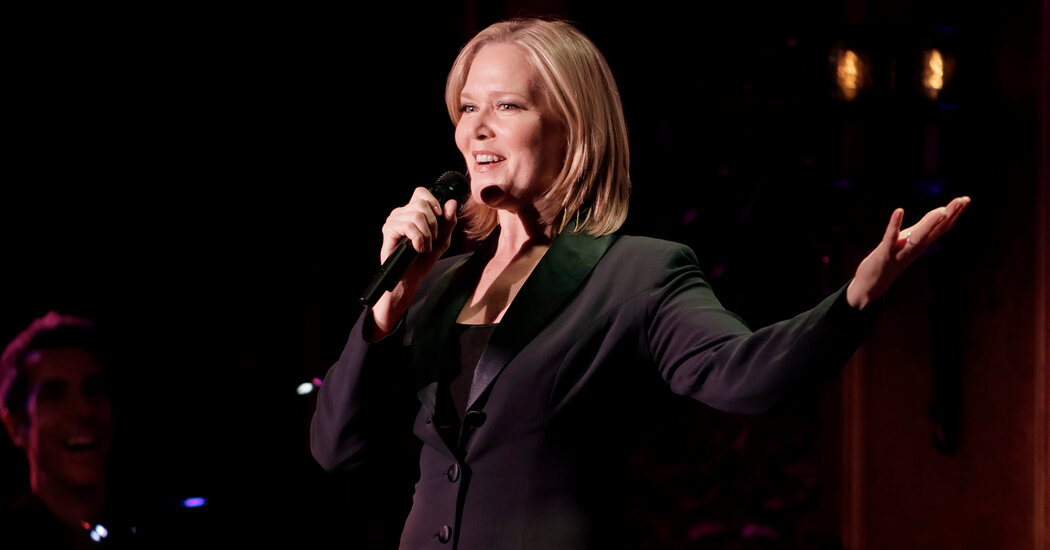 May 02, 2021 1 min, 57 secs
The last solo number on “All the Girls,” the new duo album from the sopranos Rebecca Luker and Sally Wilfert, is a piece of specialty material for Luker called “Not Funny.”.Luker was 58 when she last performed the number live, during a concert with Wilfert at Merkin Hall in Manhattan.

They met, Wilfert recalls, at a reading in 2005; when Wilfert said “I’m going to the bathroom,” Luker said, “I’m going too” and they sat “in adjacent johns,” yakking.

Despite Luker’s unshakable ingénue rep — built on Broadway roles including Lily in “The Secret Garden” (1991), Magnolia in “Showboat” (1994), Maria in “The Sound of Music” (1998) and Marian in “The Music Man” (2000) — she was by the time of the Merkin Hall concert a sophisticated Broadway veteran and a complex actor, even taking over the crushing role of Helen in “Fun Home” in 2016.

How it happened is the kind of story that Luker, whose death came just two days before the digital release of “All the Girls” on Christmas — and in whose honor an A.L.S.

Though it might have been sensible to abandon the album at that point, Krasker and the producer Bart Migal decided to try an experiment, attempting what Krasker calls “the first studio album made without ever stepping in the studio.” Thalken, the music director, was able to weave new orchestrations around surprisingly good recordings of the Merkin Hall rehearsal and concert; musicians recorded the new parts in their homes; the producers mixed the result; and by some miracle what emerged sounded pristine.That effect is at its height in the album’s finale, an unexpected pairing of the Patty Griffin song “Be Careful” with “Dear Theodosia,” a number sung by Aaron Burr to his infant daughter in “Hamilton.” As performed by Luker and Wilfert, “Theodosia” feels like a promise from today’s women to their spiritual daughters to leave them a safer world.

Listening to “All the Girls,” in some ways Luker’s funniest and wisest album, we get to keep her singing next to us forever