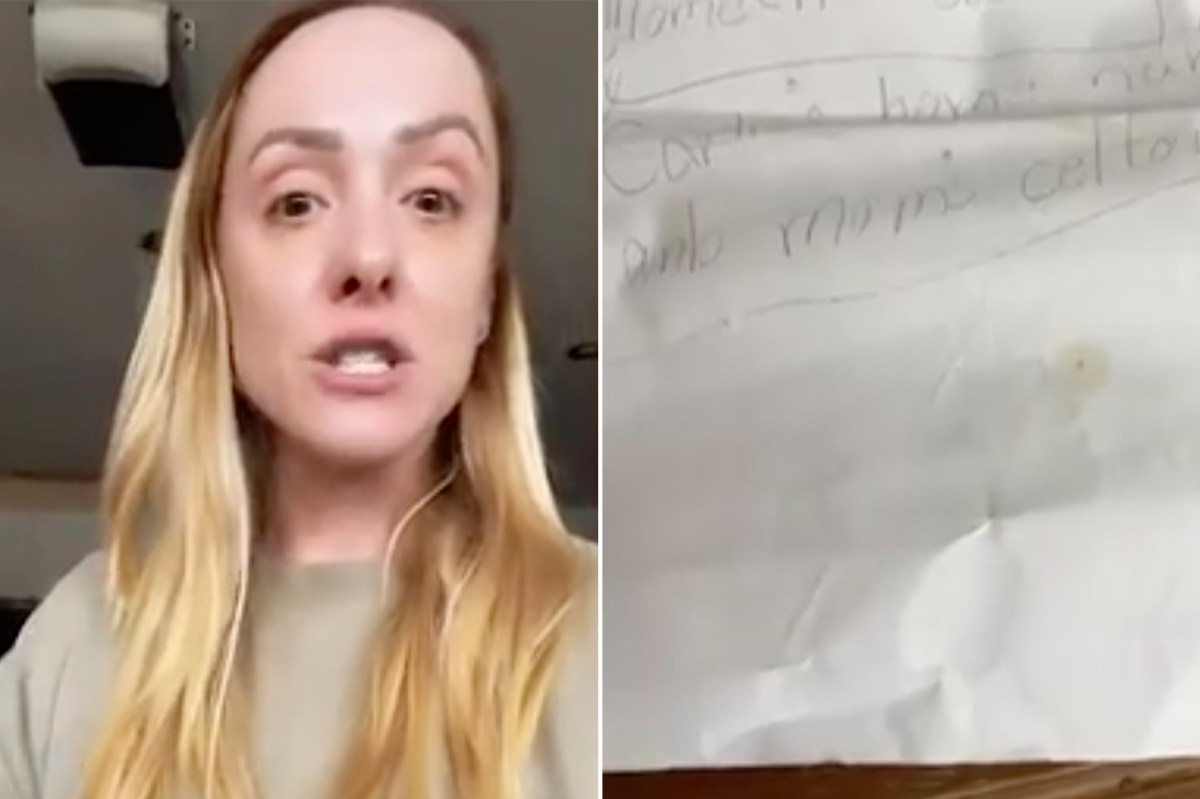 Jun 13, 2021 53 secs
A woman who bought a set of second-hand nightstands at a thrift store got a blast from the past when she found an old note stuffed inside, she claimed in a viral TikTok video. .TikTok user Valencia said the nightstands she bought from a Goodwill shop contained a note, clearly scribbled by a kid, with her home phone number from 15 years ago and her mom’s cell phone number, News.com.au reported.

I literally don’t care how many people comment and say ‘Oh my God, this was staged,’” she said in the viral video.