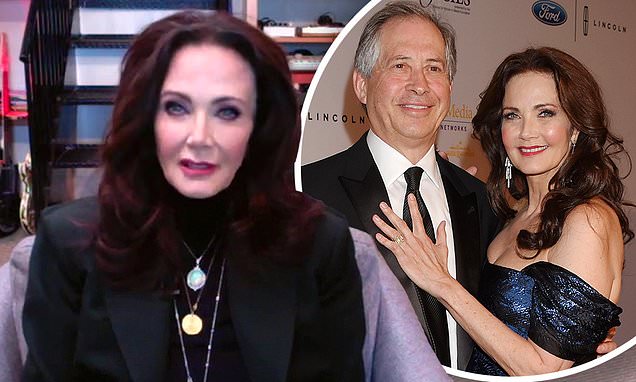 Nov 23, 2021 1 min, 21 secs
Lynda Carter revealed that she's still overwhelmed by grief following her husband Robert A.But the veteran actress also said she found solace in watching David Bowie's widow Iman come to terms with her grief after the music legend died in early 2016.Still grieving: Lynda Carter, 70, admitted to Tamron Hall on Monday that she cries 'three times a day' when she thinks of her late husband Robert A.The actress said that said one of the reason she thought it was necessary to 'take the opportunity to talk about grief' ' and the 'amazing human being' that Altman was is because so many others have now 'experienced what me and my family have experienced this past year.' .Healing for others: Carter said that talking publicly about her grief could also help all the people who unexpectedly lost loved ones to the coronavirus pandemic.Carter said that seeing Iman, 66, come to terms with her late husband David Bowie's death at 69 has been an inspiration to her.Leading the way: She was inspired by David Bowie's widow Iman, 66, and how she recovered from her own grief after Bowie's death from cancer in January 2016; seen together in 2006In October, Carter told People that living without her husband was 'totally frightening.'Elsewhere in the interview, she admitted her surprise at falling in love with Altman in 1982 amidst her divorce from her first husband Ron Samuels, whom she married in 1977'Robert is the love of my life and he always will be,' Carter initially wrote on social media after her husband's death

Thank you for giving me all the love in my life,' she wrote