World Aids Day: Why the Middle East lags behind in fighting HIV - BBC 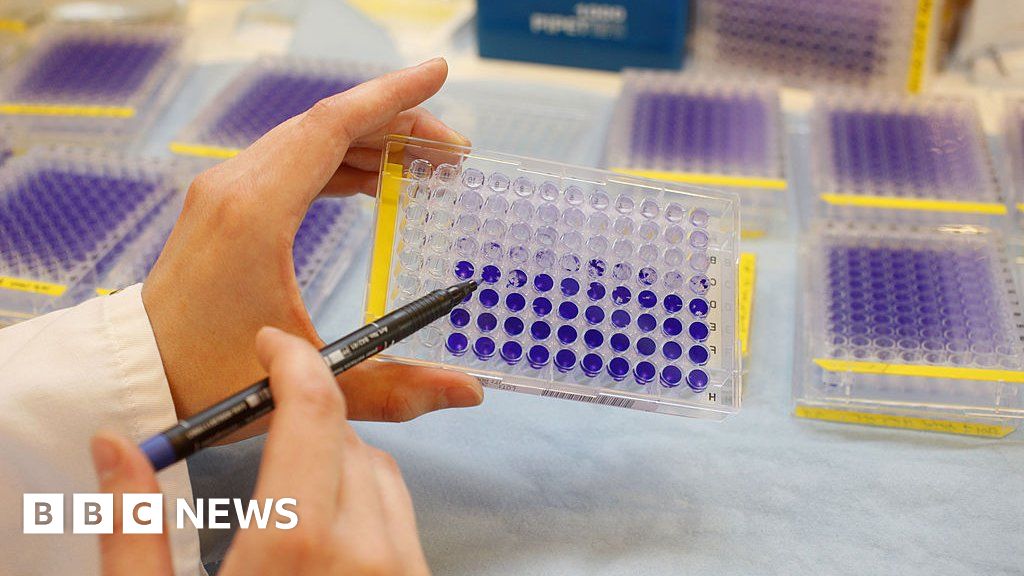 Dec 01, 2022 1 min, 42 secs
The number of new HIV cases worldwide has decreased significantly over the last decade - but in the Middle East and North Africa (Mena), however, it is a different story.Although the Mena region has the lowest HIV burden in the world, the number of new infections increased by 33% in that same period.While the increase could be seen as the result of wider HIV testing in the Mena region, experts suggest that the issue is more complicated.In the region - and across the rest of the world - people who use drugs, men who have sex with men, transgender people and sex workers are considered the most at-risk populations.While the Middle East and North Africa is one of only three regions where the number of new HIV cases is increasing, it also has the lowest rate of HIV treatment coverage in the world.According to the latest report by the Joint United Nations Programme on HIV/Aids (UNAids), only 50% of people with HIV in the Mena region were accessing treatment."Intersecting inequalities are inhibiting and preventing people from accessing the best of testing treatment and also prevention.".In sub-Saharan African countries where same-sex sexual relations are criminalised - as they are in many countries in the Mena region - gay men are five times more likely to contract HIV than other countries in the same region which do not criminalise same-sex relations.UNAids is working together with the World Health Organization on a campaign to help 5,000 people in the Mena region to confidentially test for the virus and get access to treatment in December 2022?"HIV in Mena is like a kaleidoscope, you can look in it - as many governments did - and see that there is relatively less cases than other parts of the world," Ms El Feki says?"But we encourage governments to turn that kaleidoscope and see that, because we have relatively less cases of HIV, we could be amongst the first regions in the world to end it."?
source :- BBC News
1. Off-duty NYPD officer 'fighting for his life' after being shot during robbery - ABC News Feb 05, 2023 # politics 33 secs 2. How to see February's full snow moon - CNN Feb 05, 2023 # politics 51 secs 3. Pakistan's former President Pervez Musharraf dies in Dubai - CNN Feb 05, 2023 # politics 42 secs 4. George Santos – news: Secret tapes catch congressman admitting he ‘lied to everyone’ and giving Botox advice - The Independent Feb 05, 2023 # politics 1 min, 21 secs 5. Disney World unions say no to latest contract offer - Fox Business Feb 05, 2023 # politics 46 secs 6. Scientists Discover a Weird New Form of Ice That May Change How We Think About Water - ScienceAlert Feb 05, 2023 # politics 44 secs 7. Israelis rally for fifth week against Netanyahu’s judicial plans - Al Jazeera English Feb 05, 2023 # politics 53 secs 8. AMD Ryzen 7 7840HS “Phoenix” 8 Core CPU Benchmarks Show Up To 25% Faster Performance Versus Ryzen 7 6800H - Wccftech Feb 05, 2023 # politics 42 secs 9. Supernova Fizzles Out: Rare Twin Star System Discovered With a Weirdly Circular Orbit - SciTechDaily Feb 04, 2023 # politics 1 min, 9 secs 10. Pope Francis visits South Sudan displaced persons camp - The Washington Post Feb 04, 2023 # politics 1 min, 8 secs 11. WaWa Coming To Nine Mile Road In Beulah, Also Highway 98 - NorthEscambia.com Feb 04, 2023 # politics 31 secs 12. Alex Murdaugh hid settlement of more than $4 million from family of his late housekeeper, her son testifies - CNN Feb 04, 2023 # politics 59 secs 13. Zelensky urges E.U. to send weapons faster as Russians close grip on Bakhmut - The Washington Post Feb 04, 2023 # politics 1 min, 10 secs 14. Pope Francis in South Sudan: The Catholic pilgrims who walked nine days to Juba - BBC Feb 04, 2023 # politics 52 secs 15. WATCH: Here's What It Looks Like Atop Mt. Washington Amid 130 MPH Winds, -40 Degree Temps - NBC10 Boston Feb 04, 2023 # politics 30 secs 16. Elon Musk found not guilty of fraud over Tesla tweet - BBC Feb 04, 2023 # politics 53 secs