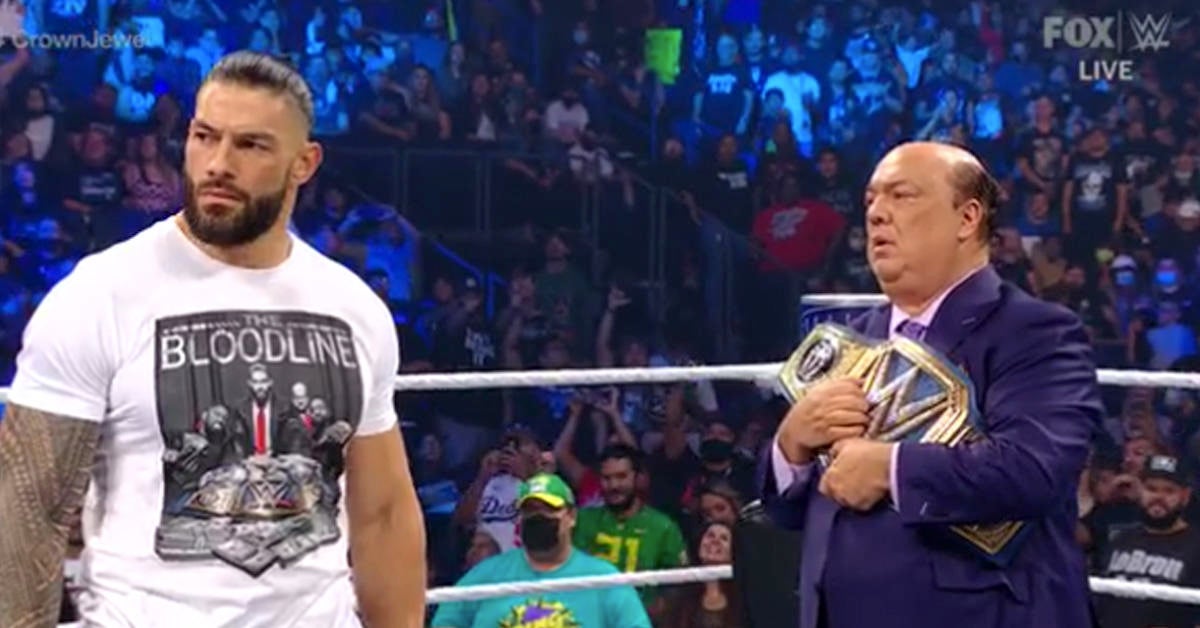 Oct 16, 2021 52 secs
Tonight's SmackDown was loaded with intriguing matchups, but it's hard to argue that one of the most anticipated events of the night was the return of Brock Lesnar, especially after that promo from Roman Reigns and Paul Heyman last week.

Reigns was out first for tonight's contract signing with Heyman alongside him, and then Lesnar made his way to the ring and sat down at the table.

Lesnar smiled and then said, "I already read the contract this morning, with my advocate Paul Heyman." The expression on Reigns face said it all, and Heyman looked shocked and fearful.

Lesnar just laughed and walked out of the ring, leaving the Bloodline fractured in his wake, especially after seeing Reigns grow angrier by the minute, so much so that he looked like he was grabbing a chair.

Plus, SmackDown Women's Champion Becky Lynch against Sasha Banks, King of the Ring and Queen's Crown Semifinal showdowns and so much more, on a two-and-a-half hour Supersized SmackDown airing tonight at 8/7 C on FS1 with the last half hour commercial-free.".