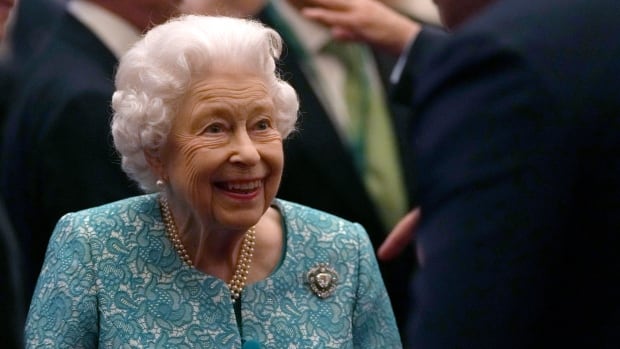 The most recent news regarding Queen Elizabeth focused on her overnight stay in hospital after a trip to Northern Ireland was cancelled (more on that below).  ?

I've been hearing all about COP," the Queen said during the chat that was caught on a livestream.

"Occasionally, some comments such as this get caught by modern microphones, but even then, the Queen rarely says anything that controversial," said Craig Prescott, a constitutional expert at Bangor University in Wales, via email. .

Still, there have been occasional comments by the Queen that did court controversy.

Prescott points to 1986, when the Sunday Times reported that Elizabeth was "dismayed by an uncaring Thatcher," with reports from the Palace that the Queen was concerned about the future direction of the government. .

"This rare insight suggests the 95-year-old Queen remains very engaged with the current issues around the COP26 summit — in a week when Prince Charles and Prince William were also talking about protecting the environment," he said.

WATCH | Queen Elizabeth uses a cane during a visit to Westminster Abbey:.

Our friends at CBC Politics had a story this week on Mary May Simon, who gave her first interview as Canada's Governor General.

Mary May Simon is promising staff that she will build a positive work environment after her predecessor, Julie Payette, left the job amid accusations that Rideau Hall had become a toxic workplace under her watch.

"I have excellent, excellent relationships with the staff of Rideau Hall," May Simon told the CBC's Pauline Pemik.

The interview, which took place at Rideau Hall, was May Simon's first since becoming the representative of the Crown in Canada.

May Simon became Canada's first Indigenous Governor General when she was sworn in on July 26, inheriting stewardship of an office that had become embroiled in controversy during Payette's final months before resignation. .

Mary May Simon on her priorities and the work environment at Rideau Hall:.

May Simon did not directly address those allegations or Payette's resignation in her interview. .

May Simon also spoke about her initial hesitancy to take on the role, after she had settled into what she called "a slower lifestyle" that allowed her to spend more time with immediate family and her grandchildren.

Moving into the 5,000-square-foot living quarters at Rideau Hall in Ottawa was also an adjustment, May Simon said, because she had recently downsized her home.

Payette did not live at Rideau Hall.

May Simon also recalled her initial conversations about the job, when she figured she was just one of many possible candidates.

But May Simon, who was educated in a federal day school in the Nunavik region, has said she was not given the opportunity to learn French as a child.

Ahead of COP26, members of the Royal Family have been focused on environmental issues, including the first awards from Prince William's Earthshot Prize and Prince Charles saying he understands the anger of climate activists

'There may be more we need to do,' Trudeau says amid omicron concerns | CBC News