Mesut Ozil tweets thanks to Qatar for hospitality at World Cup before Germany exit but German fans were...

Mesut Ozil tweets thanks to Qatar for hospitality at World Cup before Germany exit but German fans were... 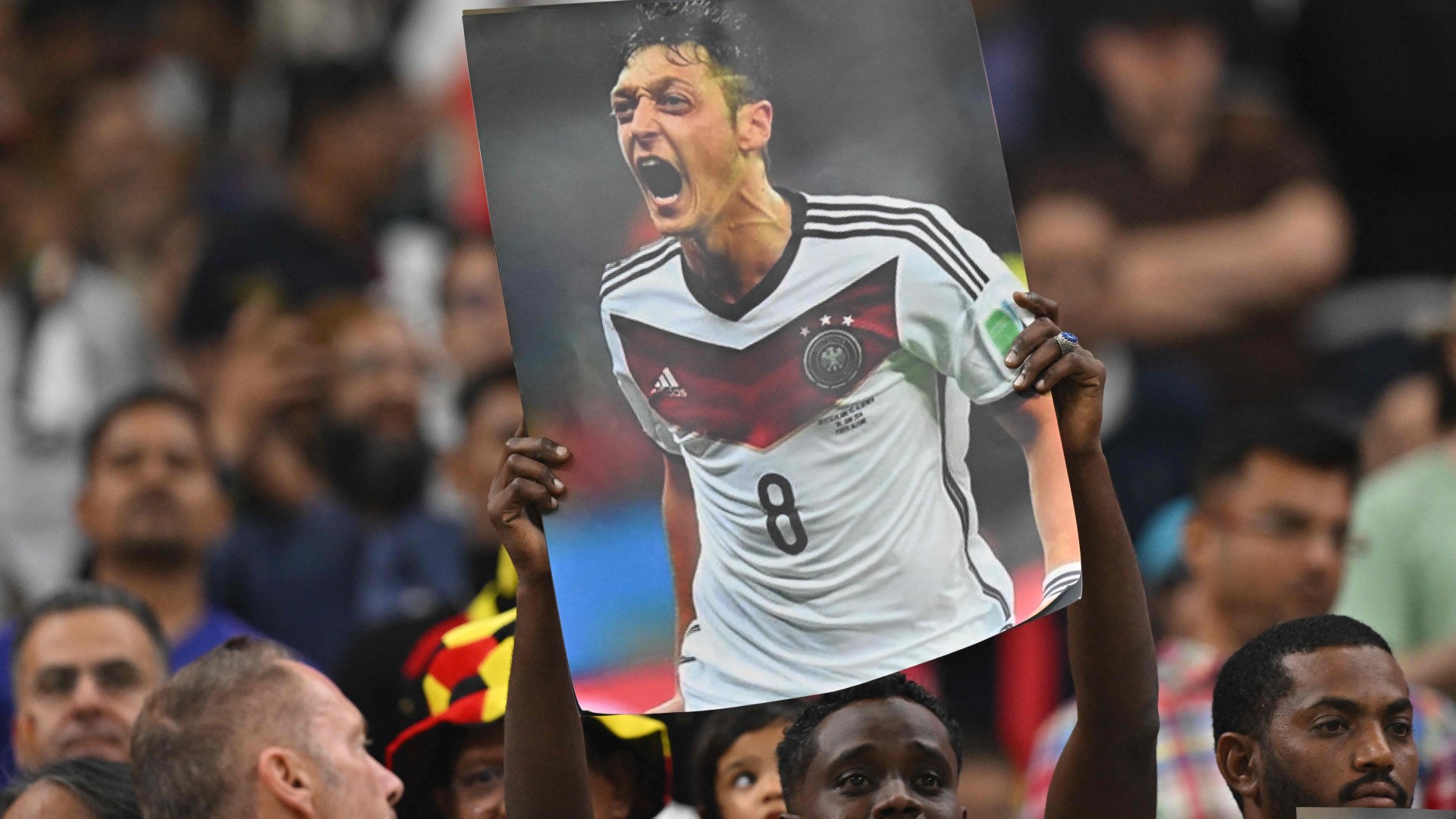 It’s not the first time the ex-DFB-Elf star has been seen at this year’s World Cup though – and some German fans certainly aren’t happy about it.

“Great to be in Qatar for the 2022 World Cup,” the star tweeted a few hours before Germany were knocked out of Group E.

Ozil has already made headlines at the tournament, though, after fans in Qatar were seen holding up posters of the ex-Arsenal man and covering their mouths.

And the images haven’t gone down well with Germany’s fans, who were seen shouting at those holding the posters of their former player after they were knocked out of the World Cup.