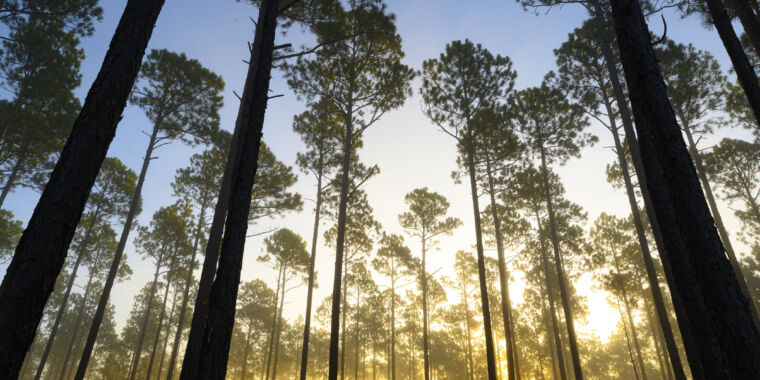 Oct 23, 2021 1 min, 22 secs
Like many other types of weather, tropical cyclones and hurricanes on the US East Coast have become more extreme over the past several decadesDA recent study addresses this question by using tree rings to reconstruct hundreds of years of seasonal cyclone precipitation levels.

The studied trees, some over 300 years old, show that precipitation extremes have been increasing by 2 to 4 mm per decade, resulting in a cumulative increase in rainfall of as much as 128 mm (five inches) compared to the early 1700s.

The greatest increases have occurred in the last 60 years, and recent extremes are unmatched by any prior events. .

Justin Maxwell and his collaborators found that longleaf pine trees on the East Coast of the US could act as indicators of tropical cyclone precipitation, as measured by the trees’ late season (June to October) growth bands.

These smaller, more local studies indicated that recent precipitation levels were far greater than anything the trees had experienced earlier in their lifetimes. .

“What we found in this paper is that this area is receiving more tropical cyclone precipitation for the entire season.” While researchers in the field are still debating the cause, many have suggested that it’s related to the trend of storms moving over the area more slowly. .

“If warming continues, as is predicted, these global winds will continue to be weak.

Global winds are what steer tropical cyclones, so having weaker winds leads to more meandering storm tracks and stalled storms in one location, producing more rainfall.

Therefore, these large seasonal totals of tropical cyclones are likely to continue into the future.” .